For more information about subjects taught by this Faculty, please see the subject pages for Drama, Music and P.E.

Words supplied by the Performing Arts Faculty on the subject: Drama. 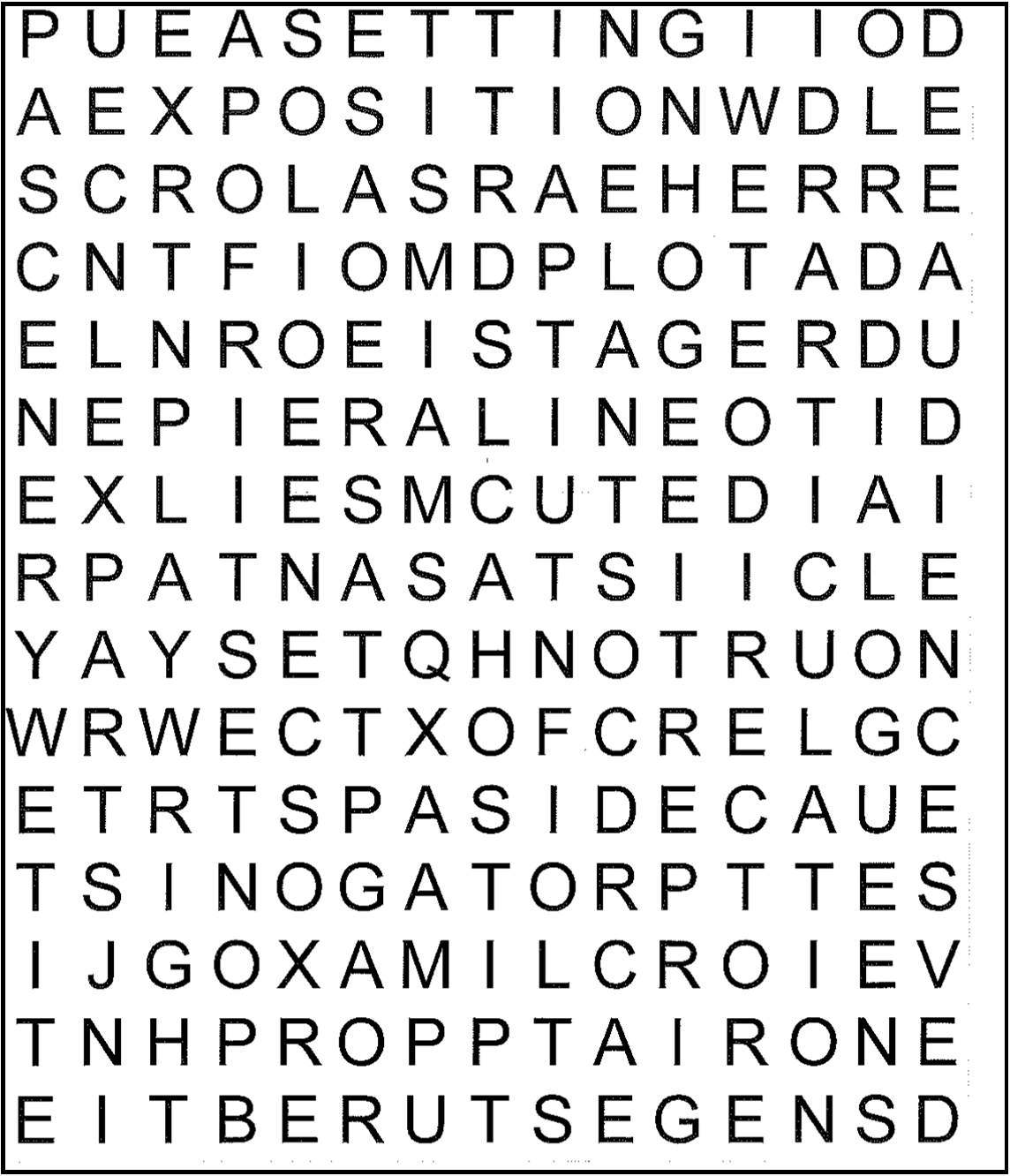 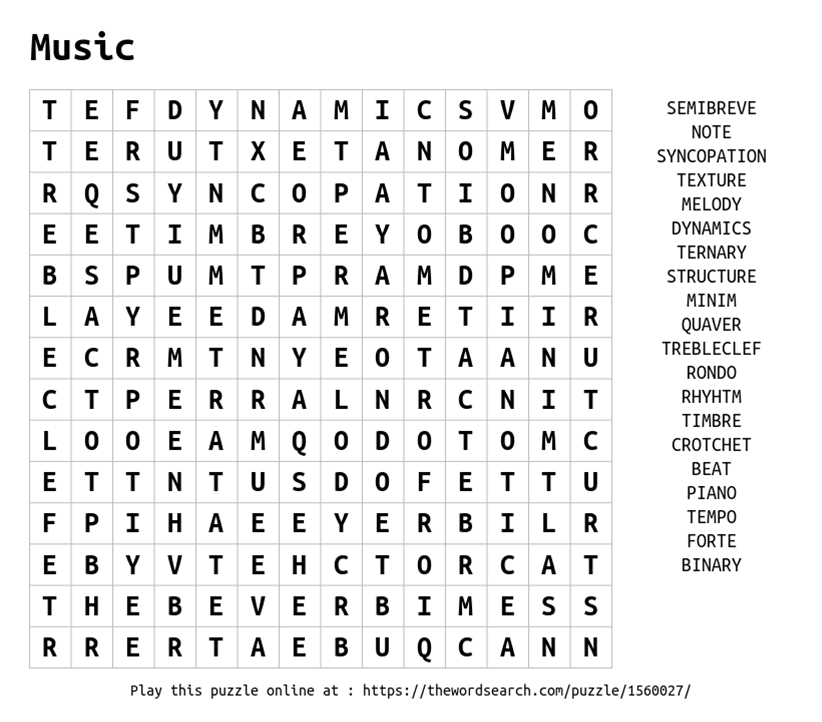 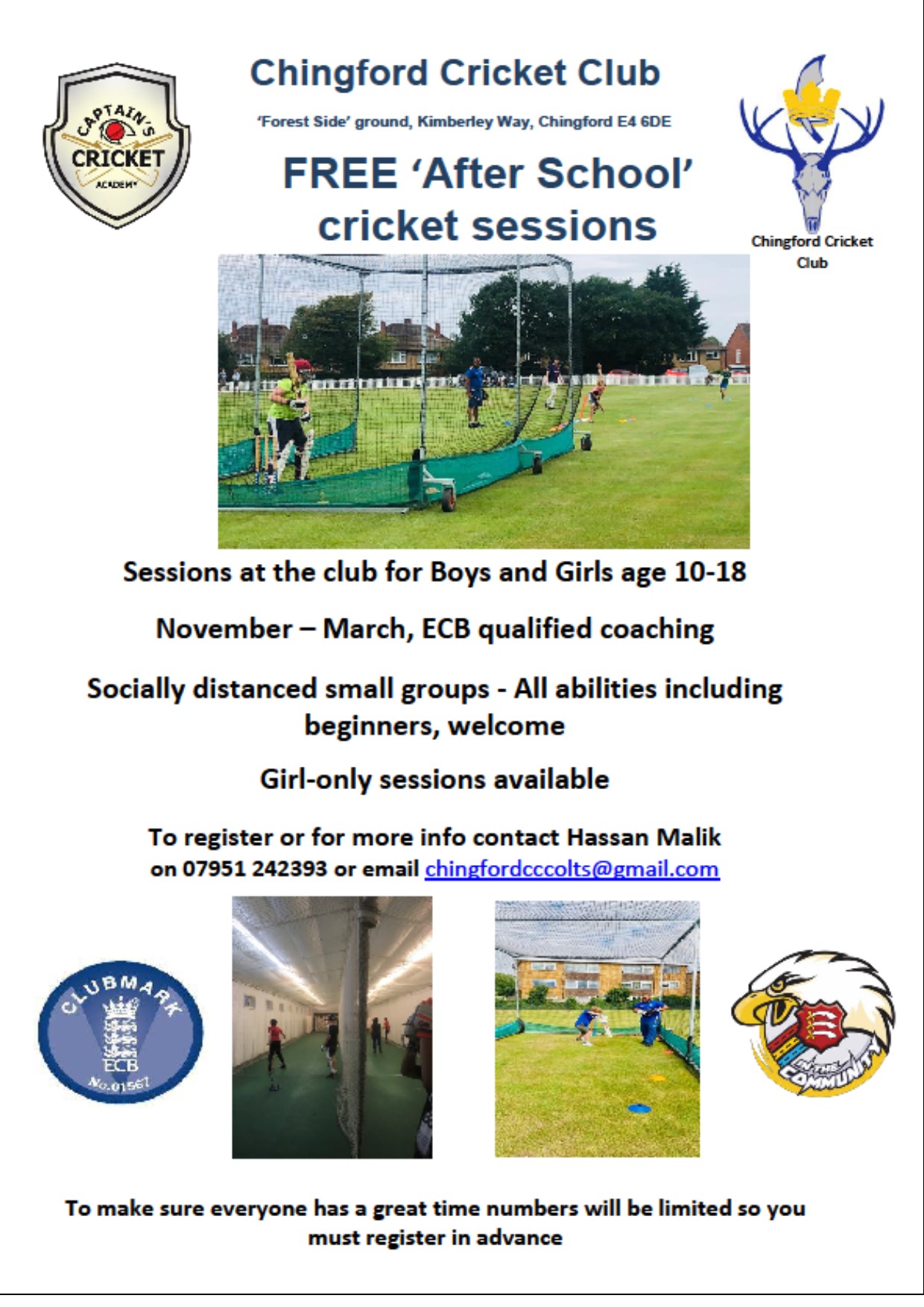 There are many benefits to online teaching, such as convenience (no need to travel), having time and space to warm up before the lesson and the availability of online musical resources to support the lesson.

Tell us which instrument you’d like to learn, how long you’d like the lesson for and your availability.

2. We'll contact you to arrange the lesson time, day and start date, and will confirm the fee.

3. Pay for the lessons here

4. Then we’ll email you a Zoom link to login to the set of lessons before the first lesson.

Pupils having lessons in school or on Zoom with us can hire an instrument. The hire fee is £23 per term or part of term, with 50% discount for families on a low income. Please contact us to hire or return instruments to our office which is open Monday to Friday 9am-4pm during term time:

Social distancing measures are in place at our office and we may ask you to wait outside while we get your instrument. Any visitors who enter the building must wear a mask and use hand sanitiser.

Please visit our website for more information about lessons, or contact us if you have any further questions.

Words supplied by the P.E. Department based on dance, trampoline and fitness. 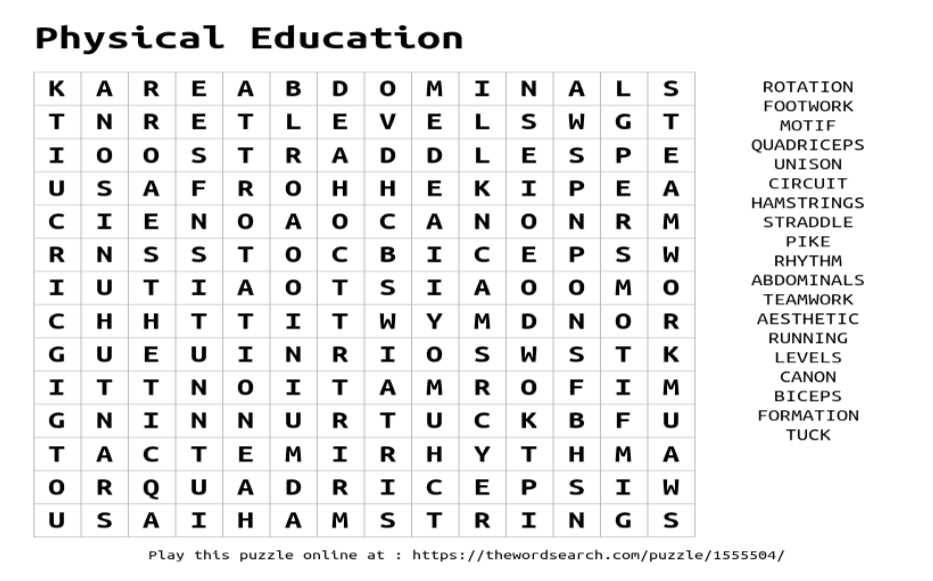 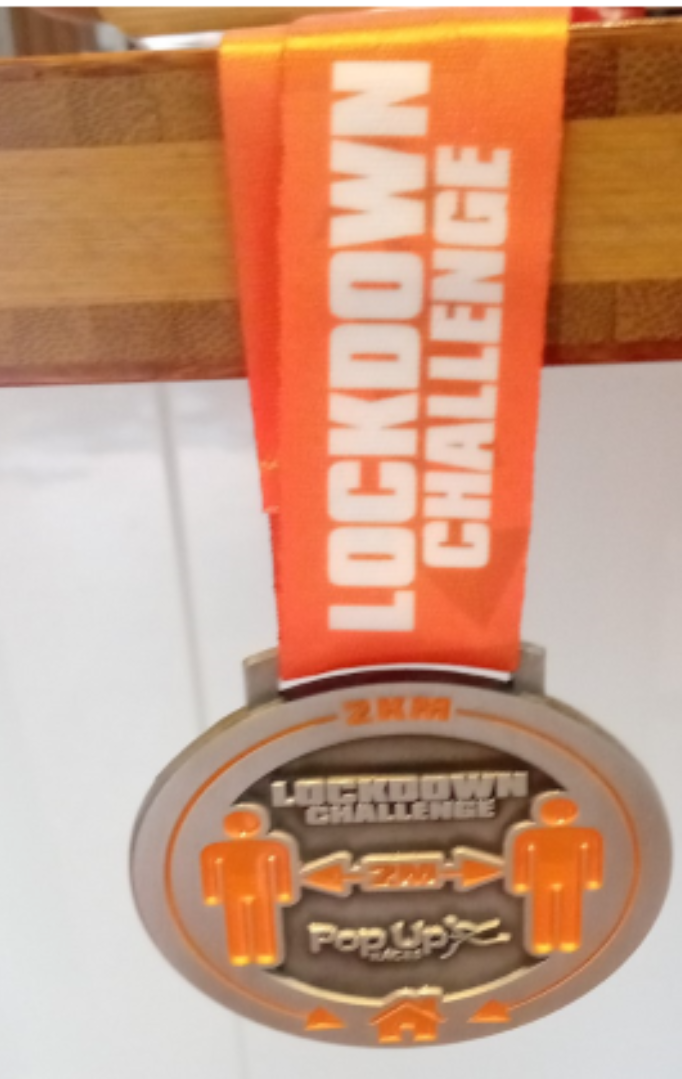 A big congratulation to Bonnie 8S who has qualified for the Essex County Championships and will be competing in 50m Backstroke, 100m Backstroke and 200m Backstroke.

A huge achievement! Good luck in the next races!!

We are please to announce that Abby 11F  won a Gold Medal at the British National Indoor Year 11 Rowing Championships at the Olympic Velodrome in December.  Abby rowed a distance of 1,664 metres in 6 minutes.

She also won the Silver Medal in the 500 metres indoor event on the same day. The winner of that event broke the British Record and we also think that Abby was inside the previous record as well.

Last Thursday, we held our third Year 7 Sharing Evening. The event took place in the Hewett Hall where each Year 7 Form Group performed a song that they had been working on in their music lessons. The theme of the event was ‘Energy’ and the repertoire included musical theatre and pop songs.

The evening also featured performances from Voice who sang 'Glory' as part of our Black History Month Celebrations and also from The Soundbreakers who performed 'Let Me Down' by Jorja Smith and Stormzy. The finale was 'You Can't Stop the Beat' from Hairspray which was performed by the whole of Year 7. Thank you to everyone who attended the event and well done to our Year 7s. 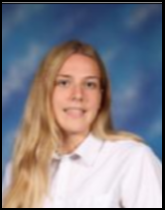 Year 11 student,  Abby rowed at the National Junior Rowing Championships at the end of July in Nottingham, over the Olympic distance of 2km. She rowed in an eight in the Under 18 Junior Women Category.

Abby was representing the Lea Rowing Club and the team won the Silver Medal. She was very pleased to get her first national outdoor medal.

At the weekend three students competed in the London Youth Games.

Abigail 10F  competed in the indoor rowing  and won the Year 10 girls event. Abby rowed 1386 metres in five minutes, finishing just over 40 metres ahead of the next competitor.

Abby along with Aoife 10F and Ella 9W also competed the day before and helped the girls’ swimming team finish 8th overall, which is a significant  improvement on previous years and is a very respectable placing when you consider that there are thirty London Boroughs.

In the senior girls medley relay, Aoife (50 breast stroke) and Abby (50 butterfly) and two other girls swimming backstroke and freestyle came 5th, which was a great result and made them the best placed Waltham Forest relay team.

Well done to all our student competitors!

The students were fantastic at the Borough Athletics Championships on Friday and we had one of our biggest medal hauls for quite a few years.  Please congratulate the following students on their success:

AFC Leyton is a female only football club based in Waltham Forest.  Despite our name, all our matches and squad training occurs at Salisbury Hall playing Fields and 3G pitches, Walthamstow Avenue, E4 8ST - which is the back of Sainsbury’s just off the Billet Roundabout.

We have 330 female players in our club and we play competitively in the Essex Girls County Football League as well as the Capital Girls Cups.

We are looking for players to join our League teams  in the following age groups:

Development players of any age 5+ are welcome to join us.  We have sessions for all ages (including ladies 18+)

Any female players that love to play football and would benefit from professional UEFA training in an excellent community based female only football club, see the letter below.  Talented players in
AFC Leyton have gone on to play for Watford, West Ham, Tottenham Hotspur, Arsenal, Millwall and at Essex and Charlton Regional Talent Centres as well as England U15s training camps.

For schools, we are also offering free football development sessions for your existing girls' teams to try out our professional UEFA coaching.  This programme is designed to get girls interested and stay in football/team sports.

If you would like any further information on AFC Leyton, please do not hesitate to get in touch.

Welcome to the Forest!

Welcome to the Forest 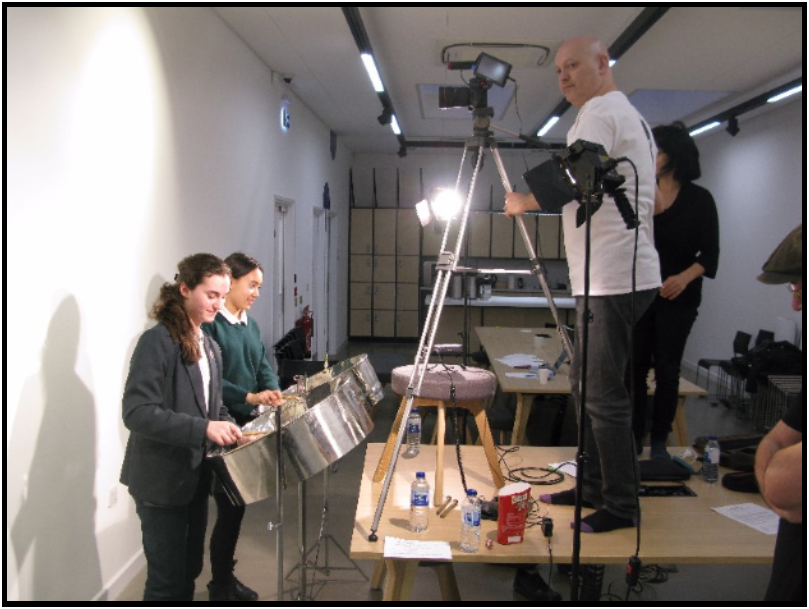 Earlier this term, you may remember Tulin and Maui from the Year 10 steelband were filmed playing at No 1 Hoe Street, in preparation for their participation in Waltham Forest's 'Borough of Culture' Opening Ceremony on January 11th 2019.

As you can see their hugely magnified images were projected on to the Town Hall during the  ceremony.

We are pleased that the school did feature in the community at this historic local event  - once again, via the Steel Band! 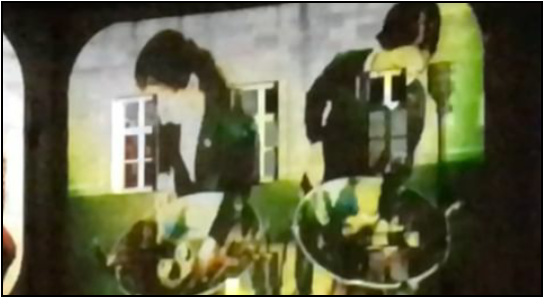 On Tuesday 13th November, I had the pleasure of seeing a re-worked version of Grimm Tales Adapted by Philip Wilson and Directed by Kirsty Housley at the Unicorn Theatre. At first glance, the set seemed to be smaller than I imagined it to be, for a play tackling the tales of the Grimm Brothers. However, by walking in you were transformed into a land of magic and whimsy, courtesy of the lighting and music playing. The actors played their characters extremely well, staying in character throughout the play.

The play starts with a family preparing for Christmas the night before, preparing food to cook the next day and placing presents under the tree. The children (Giulia Innocenti, Rachel Hosker and Enoch Lwanga) are running around the house, anxiously waiting for Christmas the next day. When the parents finally get them to bed David Emmings, who plays the father for this part of the play, tucks in the children and tells them a bedtime story called “Hans my Hedgehog” some of the actors acted out what another actor was narrating. They used the set to their full abilities, climbing on top of boxes, using costumes. After finishing the story, they also acted out red riding hood and Hansel and Gretel were also acted out. The actors play different characters, intertwining all the stories to one cohesive play. I have to applaud the actors and actresses on their ability to change characters so quickly. Afterwards, all of the villains “came to life” coming down the stairs while interacting with the audience and coming out of closets. The lighting heightened the experience while the children fought the fairy tale monsters. The screams coming from the audience shows it was effective and it also made my heart skip a beat.

The set then changes when the villains are defeated, and the backdrop becomes an extended part of the stage. This surprised me, but I was amazed at the creativity used to adapt the set. While I was watching the play, there were technical difficulties, but the cast and crew took it in their stride and repaired it during the interlude. As the show went on the extended part of the set resembled a forest, with Christmas trees littered everywhere. The tables are turned and instead of the children telling their stories, they became part of them when transported to this fairy tale land. The actors and actresses switch characters depending on the stories. More stories were told, becoming stranger and stranger as time went on.

Overall, I really enjoyed the play, I think it was well executed, engaging and an interesting twist of fairy tales originally by the brothers Grimm. The cast did an amazing job, and so did the crew. While watching the play, I was fully immersed into the story line, as had not heard many of the stories told during the play. I walked out of the theatre wishing I could see it all over again. While asking my peers about the play, they said this: “Been one of the best I’ve seen here” and “Amazing play, really put me in the Christmas mood”.

I highly recommend watching the play Grimm Tales at the Unicorn theatre relatively soon as it is only showing until the 6th January 2019. To book tickets go to the Unicorn website at https://www.unicorntheatre.com/GrimmTales. It is a play worth watching with the family to get you in the Christmas spirit!

On Wednesday afternoon, the whole school made it down to the Feel Good Centre to compete in track athletics events.  For the year 10s it was their last one which some really enjoyed:

For year 7s it was their first sports day and they clearly enjoyed it:

“I like the adrenaline and competing against all other forms.” (Joni 7W)

For some it wasn’t as exciting:

Although there were mixed views, we got some new school records:

This year’s sports day was really well by the PE Department.  We are looking forward to the next sports day with the new year 7 students.

Written by Melissa and Amie  10S 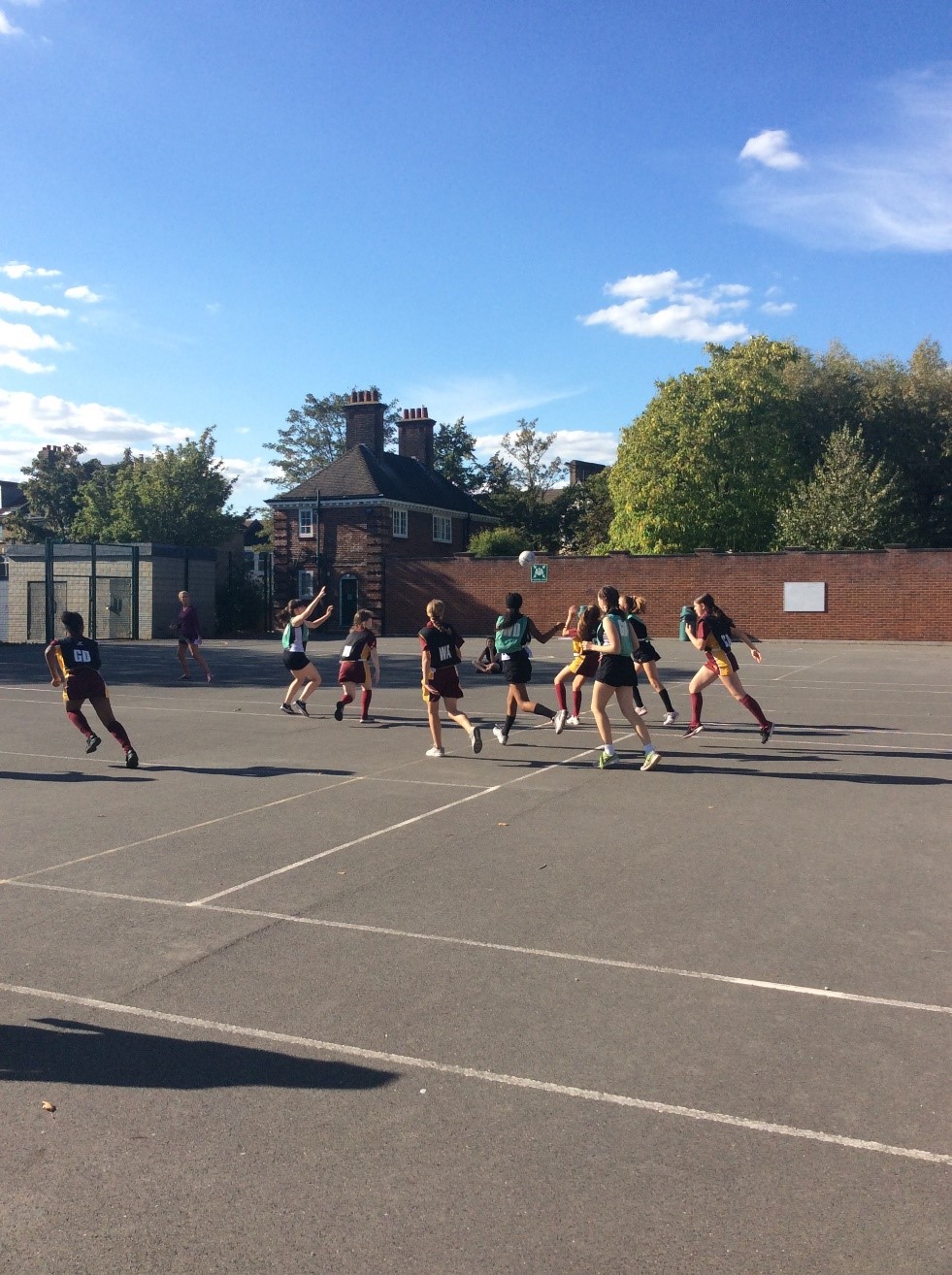 Although it was a WSFG win the girls were clear on their areas for improvement.

“We worked well as a team and know what we need to work on next time.”  Jessica 9W

“We need to communicate a bit more as a team to be sure of great results.” Jae-Ming 8F

Ms Warren was very pleased with the girls’ performance.  “The year 9s are a fantastic team, they work so well together and their team spirit is incredible.  Every member gives 100% effort in every game and it is a pleasure to take them to fixtures.”   Ms Warren