For more information about subjects taught by this Faculty, please see the subject pages for French, Spanish and Urdu

The Great European Bake Off

Last month, the Modern Foreign Language Faculty hosted a range of activities to celebrate European Day of Languages. The day started with a whole school live Kahoot! European Day of Languages quiz which took place during registration time. The form groups battled it out to be the at the top of the leader board. The winning form in each year received Green points and a box of chocolates to share!  A huge congratulations to the winning form groups: 7G, 8F, 9F, 10S and 11S.

At break and lunchtime, the whole school was invited to sample a selection of European food in the canteen. The breaktime menu featured French pain au chocolat, Spanish croquetas and Italian Bruschetta. At lunchtime students were able to enjoy some English Fish and chips, German BBQ chicken cooked on sauerkraut and Polish Lazanki.

The MFL faculty encouraged all teachers in the school to greet their classes in other languages throughout the day and provided teachers with a ‘How to’ guide on pronouncing these languages.

The Spanish and French KS3 language clubs were also launched on Friday with a special European Day of Languages club. The students played the ‘Spoon Game’ in teams.  Each team was named after a continent. Students had to nominate one member from their team for each question.

Round 1 ‘Name the flag’ asked students to identify the flag and the first one to know had to pick up the spoon. Round 2 ‘Name the language of the song’ challenged students to identify the language of a song.  As in round 1, the fastest person to pick up the spoon would get to answer. The girls thoroughly enjoyed the club and wanted to stay for another round!

The highlight of the day had to be WSfG’s first ever ‘Great European Bake Off’ competition. Students were asked to pick a country of their choice and bake a cake at home that represents that country. These could be decorated with flags, words, monuments and even more! Students baked the cakes at home and uploaded a photo of their baked goods. The MFL faculty were overwhelmed by the fantastic array of cakes that were shared online. Three Green points were awarded for all entries. Ms. Marriott had the very tough decision of judging the entries in order to find the star bakers!

After much deliberation, we are pleased to announce the winners: 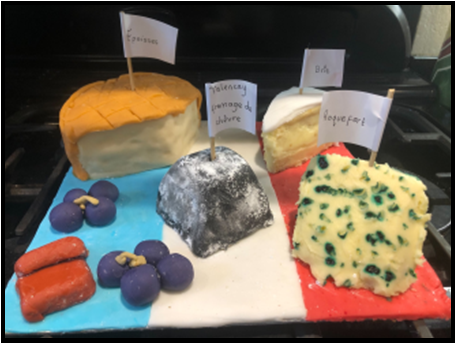 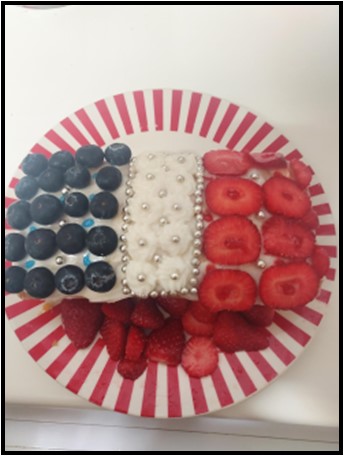 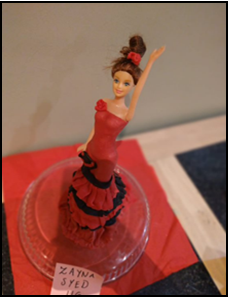 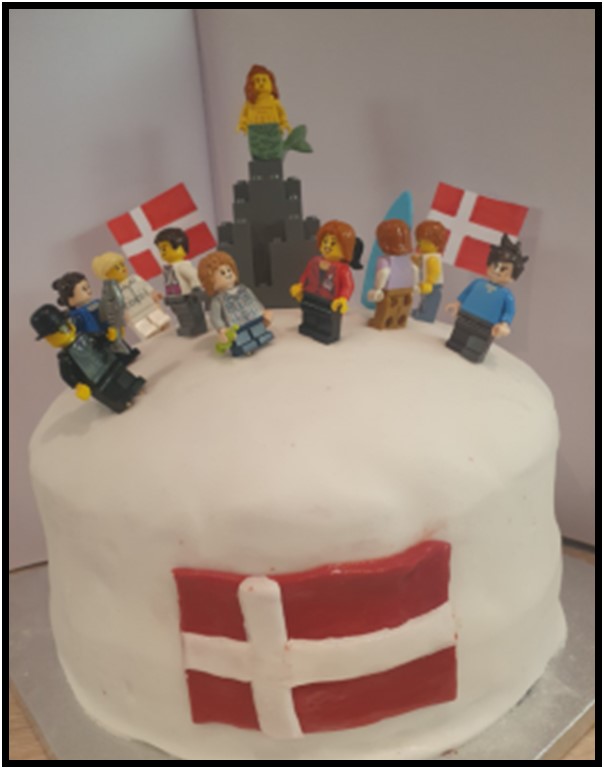 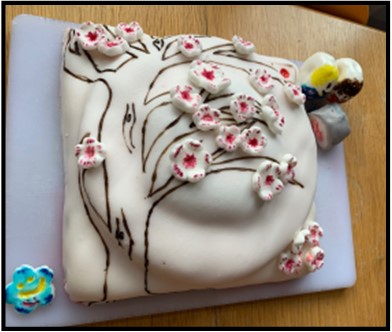 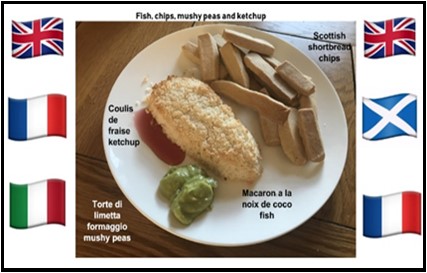 Staff were also able to join in on the Bake Off and brought their own baked goods into school to raise money for Macmillan Cancer Support as part of their annual coffee morning. A grand total of £170 was raised for the charity. The cakes were judged by the MFL faculty on appearance and taste, and we are happy to announce the winners: 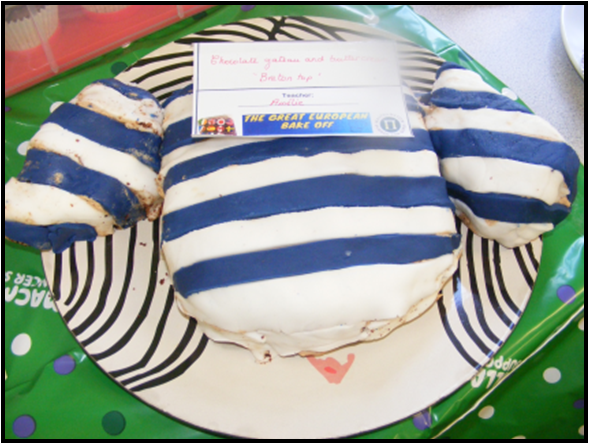 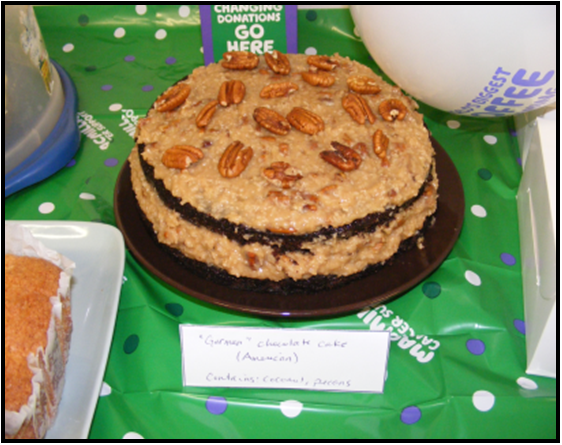 A big well done to all participants! We look forward to return of the Great European Bake Off in 2022!

Words  in Spanish supplied by the Languages Faculty. 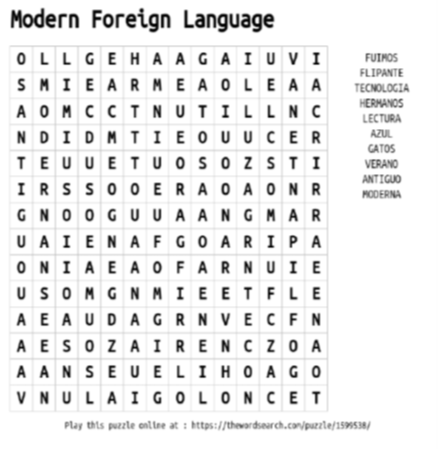 Students have shown their support to our black community and designed some powerful banners in French and Spanish.

A huge CONGRATULATIONS to Ms. Bourboin's dual language classes for winning and being runners  up in this year's annual Festival. Many thanks to Ms. Winter for giving up her time to record the event, to Juan for taking photos and to Ms. Kennedy, Ms. Warren and Ms. Cornford for judging the event.

An even bigger thanks to all the MFL teachers and Y8 students for their competitive spirit as well as their hard work, as this has been the best festival so far! 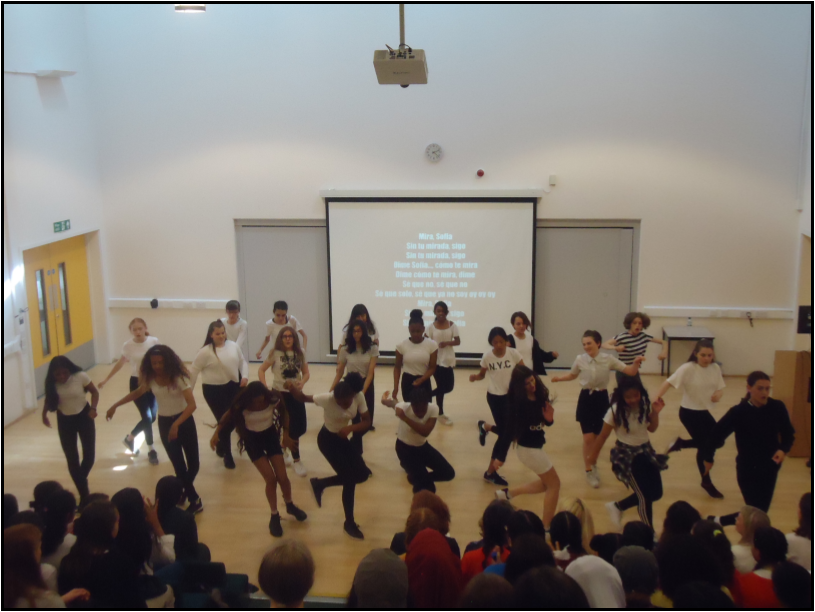 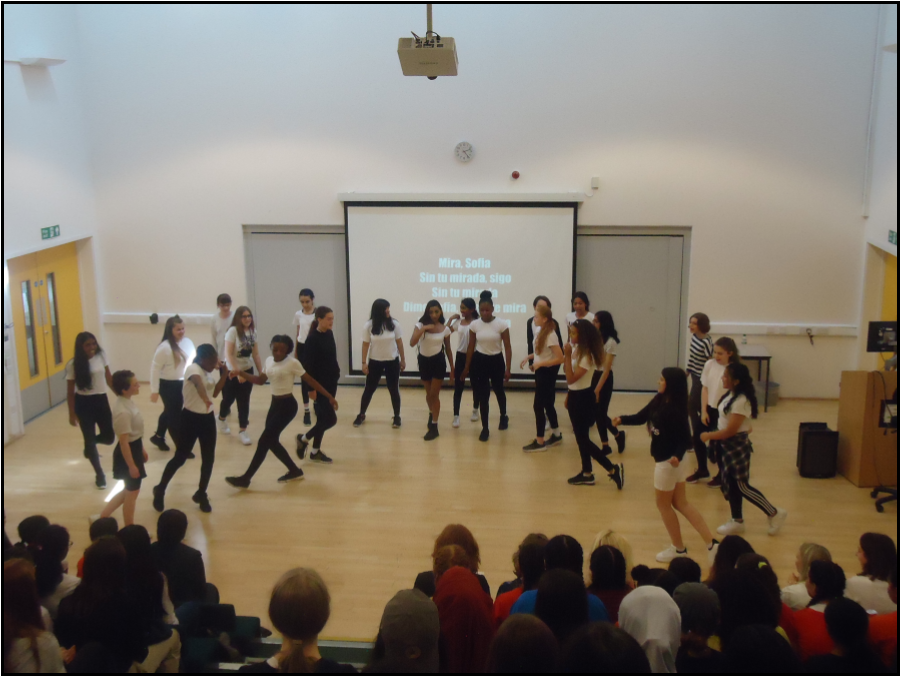 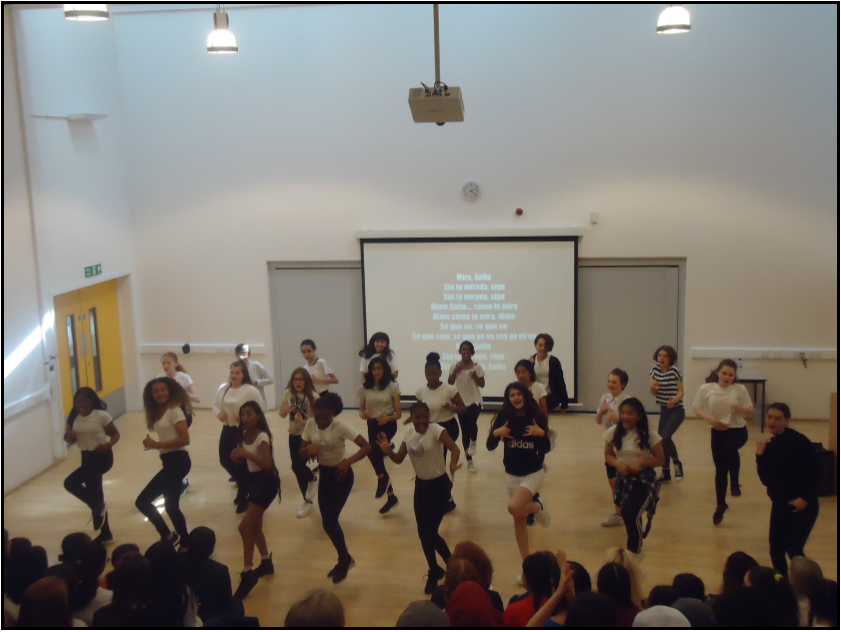 On Monday, 5th November Ms. Griffin, Ms. Bourboin and Ms. Prieto took us to Forest School to see a Spanish play. It was an amazing opportunity to visit the school and we felt privileged to be invited to watch this play. We were able to expand our vocabulary and learn a lot from this trip. We were delighted to find that we could understand almost all of the language in the play. This was a very memorable experience because the play was very funny. It was also great fun to go with our friends. Therefore we would highly recommend this trip to anyone studying Spanish or thinking of studying Spanish in the future.

By Qaliya, Amal, Tiko and Marianne in 10H and Zaynab and Hafsa in 10C