News from our Mathematics Faculty

For more information about subjects taught by this Faculty, please see the subject page for Maths

Puzzle of the Week

Congratulations to all participants in this year's competition.

The school finished 5th in the world overall!

Our Year 8 mathematicians did particularly well, coming top of the world for the whole year.

A new competition will start next academic year.

PUZZLE of the WEEK – CHAMPIONS

Each week, mathematicians at WSFG enter an International Puzzle Competition.

We now have four POTW Student Ambassadors who are promoting the puzzle with their peers and helping us to move up the Leader Board. Thank you to Aisha 8G, Isabelle 8C, Matilda 8H and Rojda 8C.

They came up with the idea of making badges for weekly winners, picked at random from students who entered with the correct answer.  The number of winners each week is proportional to the number of entrants.

Parents, Carers and School Staff are encouraged to enter too! 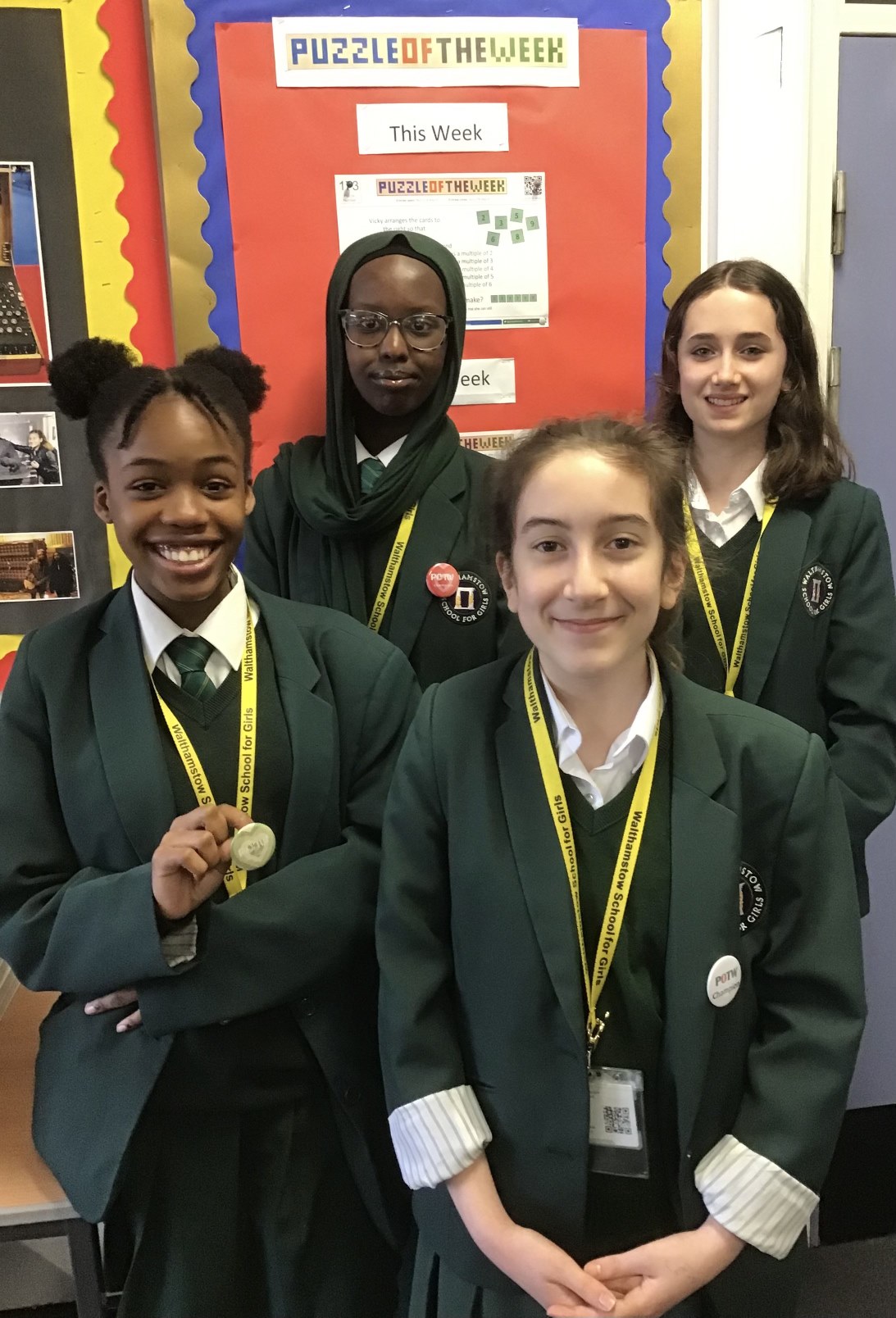 Congratulations to the following winners so far:

In some maths lessons during LGBTQ+ History Month we have been celebrating the life of great mathematician, Alan Turing.

Year 9 played the Alan Turing Version of Monopoly and Year 8 researched his life.

Here is a report by Alicja in Year 8:

Alan Mathison Turing was a computer scientist who was crucially involved in cracking German ciphers, intercepted coded messages and most importantly, the Enigma Cipher Machine during WWII. He was born on the 23rd of June 1912 in Maida Vale, London, England. Turing was prosecuted in 1952 for ‘homosexual acts’. However, he accepted hormone treatment with DES (chemical castration) as an alternative to prison. He then unfortunately took his life 16 days before his 42nd birthday, using cyanide poison.

From September 1938, Turing worked part-time with the Government Code and Cypher School (GC&CS), the British codebreaking organisation. He concentrated on cryptanalysis of the Enigma Cipher Machine used by Nazi Germany, together with Dilly Knox, a senior GC&CS codebreaker. In December 1939, he conceived of the idea of Banburismus, a sequential statistical technique (what Abraham Wald later called sequential analysis) to assist in breaking the naval Enigma. 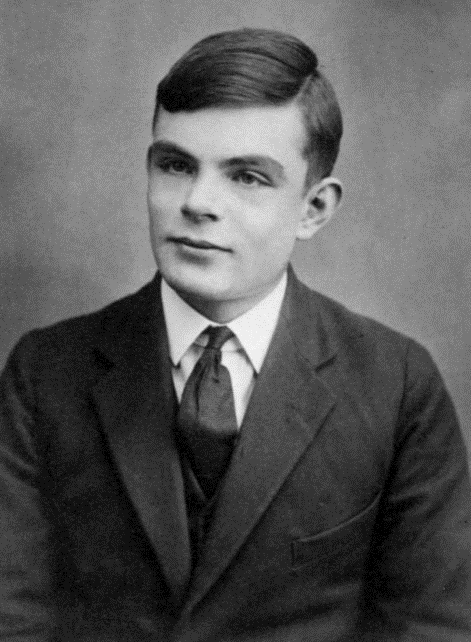 On June 23rd (Alan Turing’s birthday) 2021, the new polymer £50 note was introduced, printed countrywide with Turing’s profile. The decision came to be when the Banknote Character Advisory Committee held a six-week public nomination period, receiving a total vote of 227, 299 votes in accepting Alan Turing to be the new character of the £50 note. Mark Carney, Governor of the Bank of England, commented: “Alan Turing was an outstanding mathematician whose work has had an enormous impact on how we live today. As the father of computer science and artificial intelligence, as well as war hero, Alan Turing’s contributions were far ranging and path breaking. Turing is a giant on whose shoulders so many now stand.”

Report by Matilda in Year 8:

Alan Mathison Turing was born on the 23rd of June 1912 and cracked the code from the German Enigma which was a machine used to transmit German messages.  Although he saved lives and helped Britian win the war many people did not approve of his sexuality. Being a gay man in the early 20th century was seen as being illegal and unacceptable. In 1952 Turing was arrested for having a relationship with a 19-year-old Arnold Murray, as alternative for prison Alan underwent Chemical castration to reduce testosterone . This caused Alan to later commit suicide, and he will be remembered as one of the greatest computer scientists to have ever lived. The 50-pound note featuring his face was released on the 23rd of June 2021 which would be his birthday to commemorate his achievements and spread diversity on a commonly seen and used form of money. 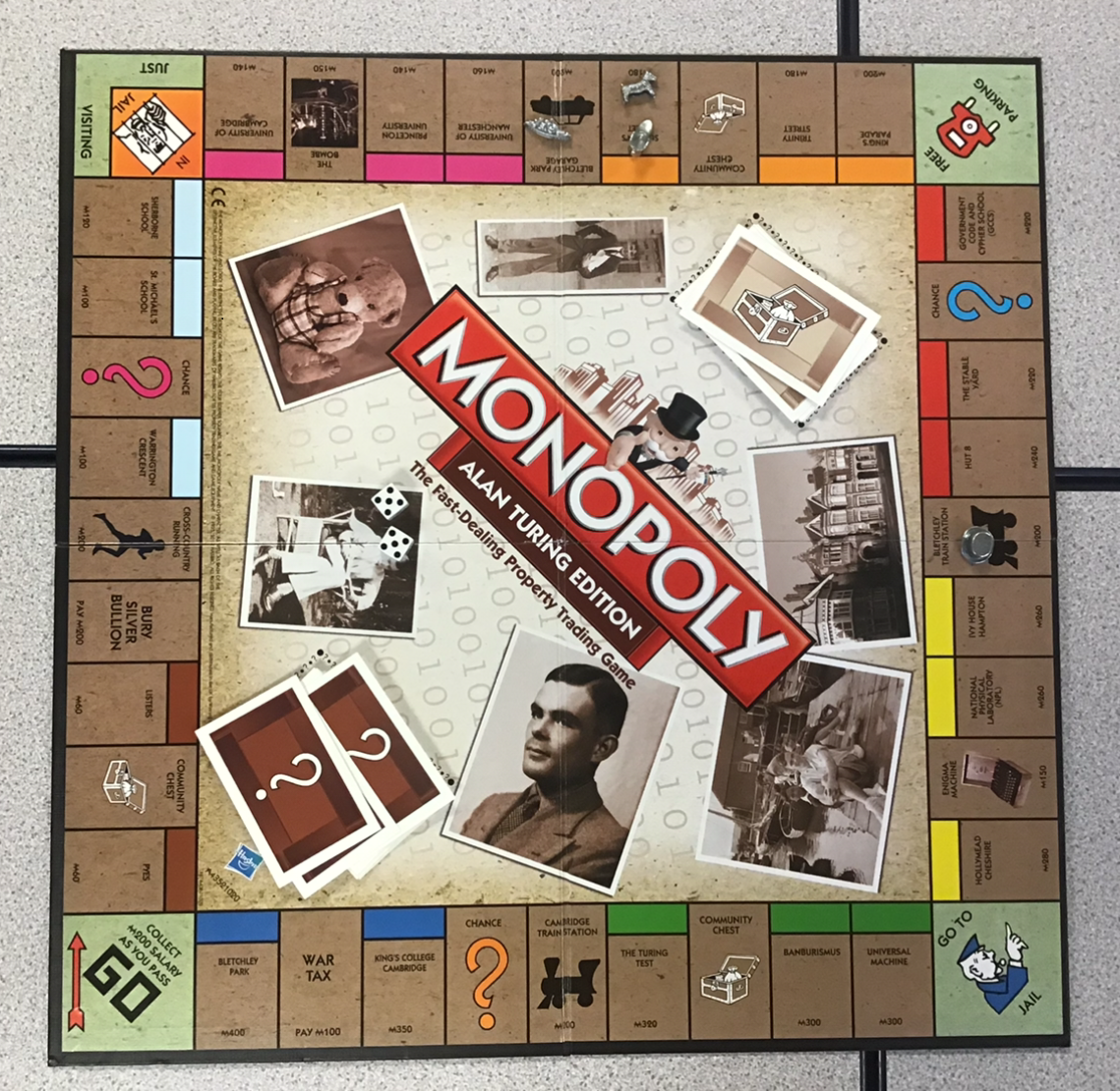 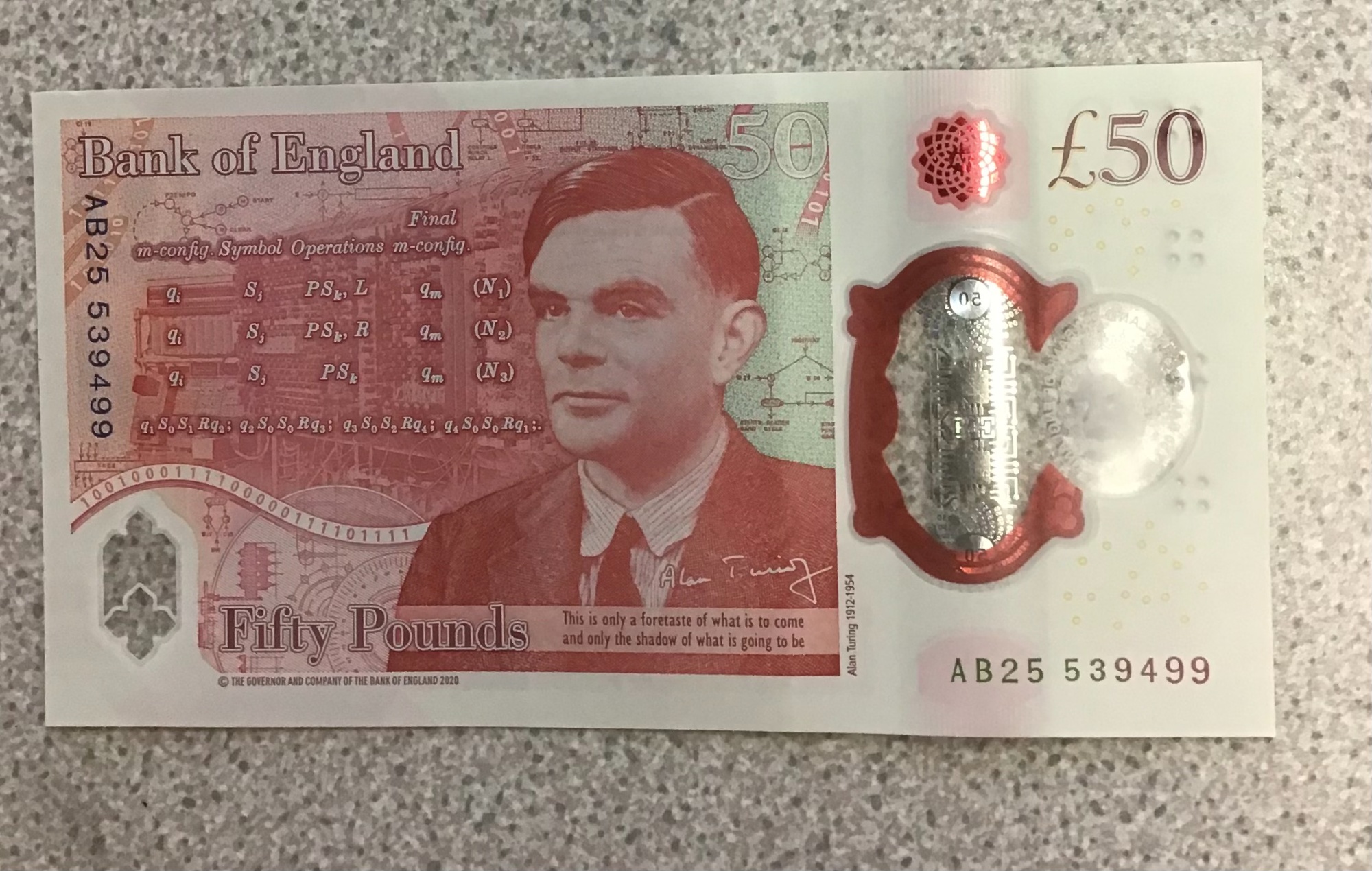 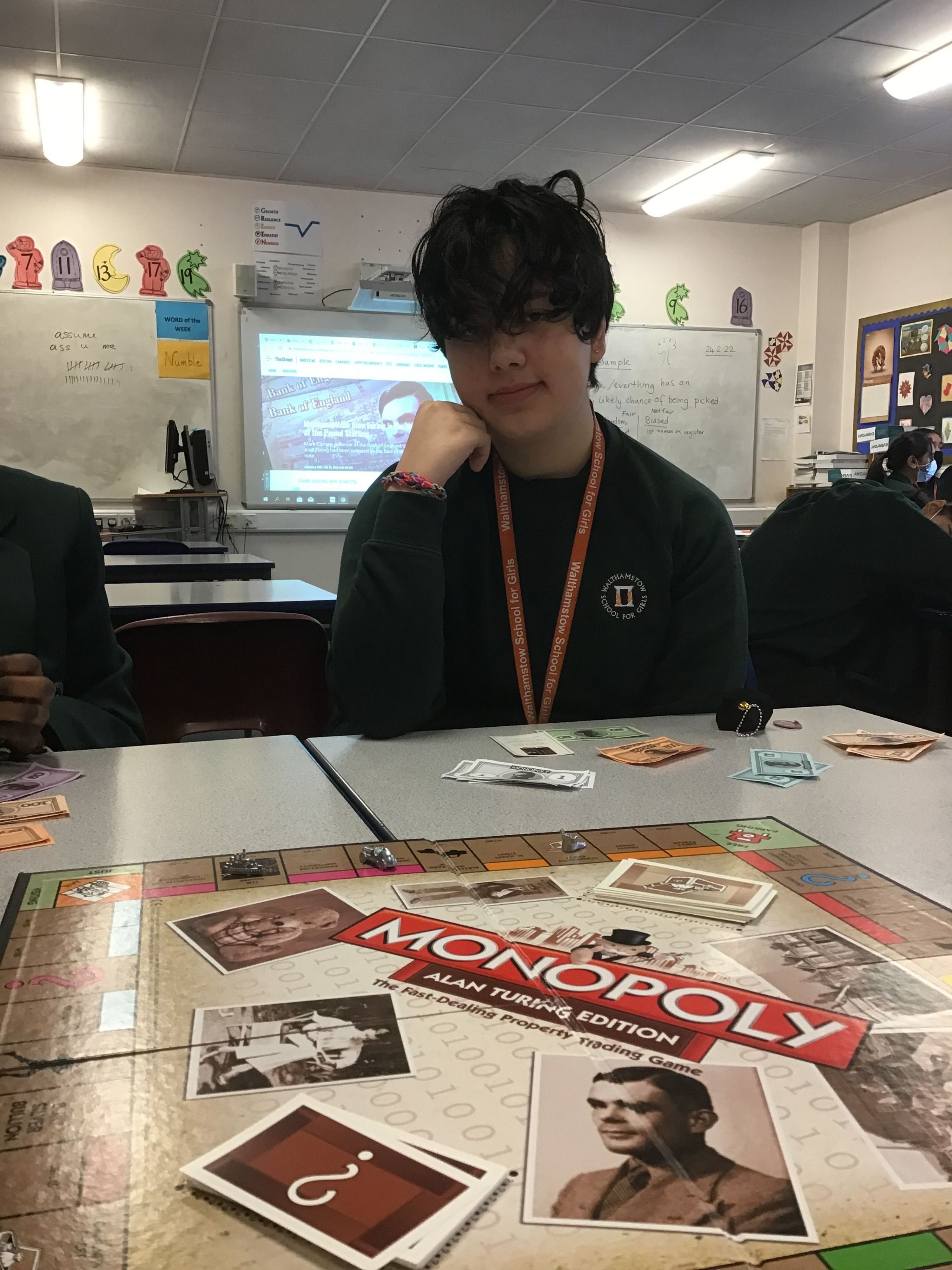 A keen group of Year 7 students have been meeting on Friday Week B to develop their origami skills and to improve their mindfulness.

So far we have focused on the interlocking sonobe cube, flapping birds and stars.

Here are some photos from the sessions.

If you want to have a go at the stars, here is a helpful video. It is a challenging model, achievable with perseverance and attention to detail: 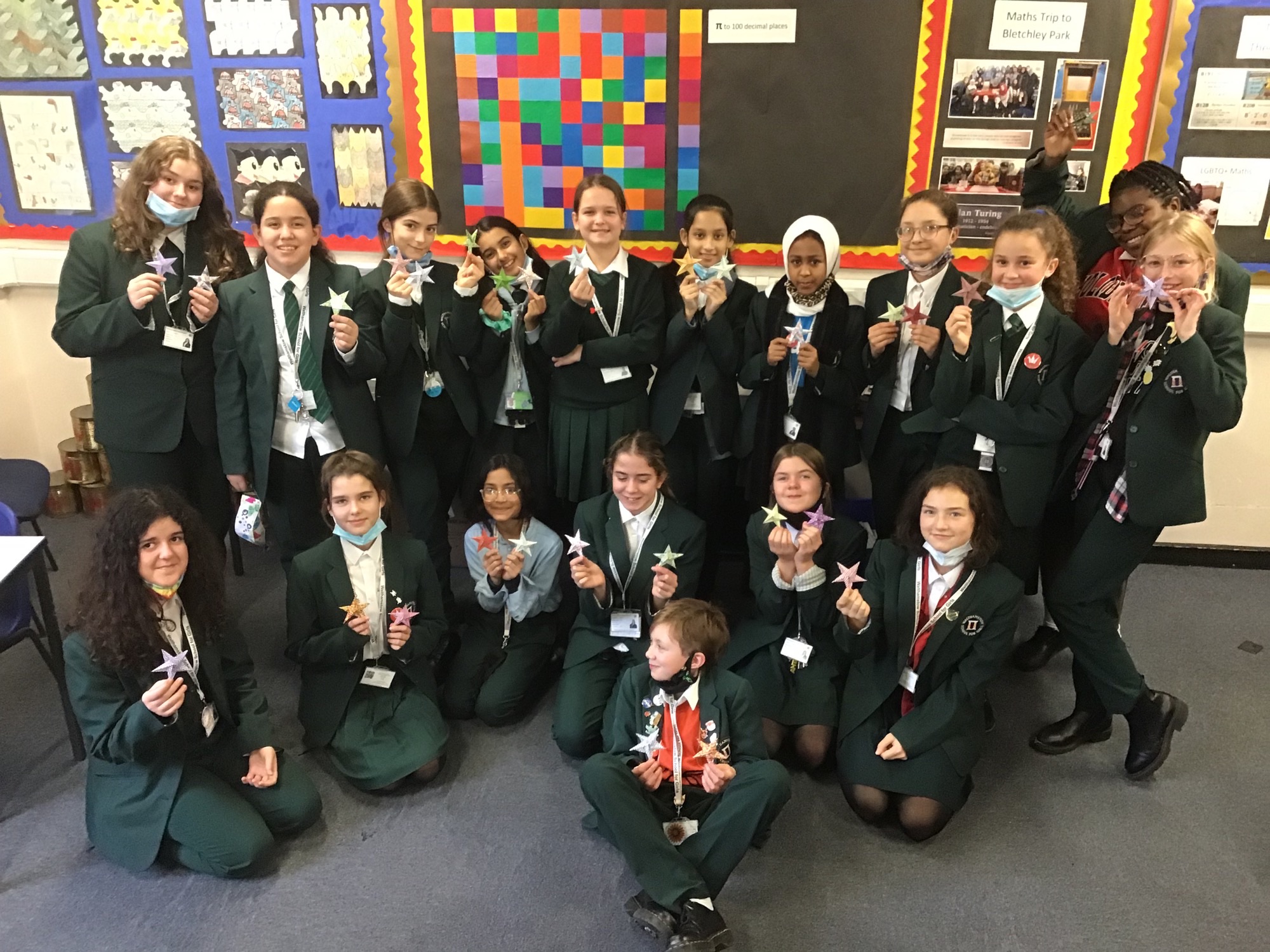 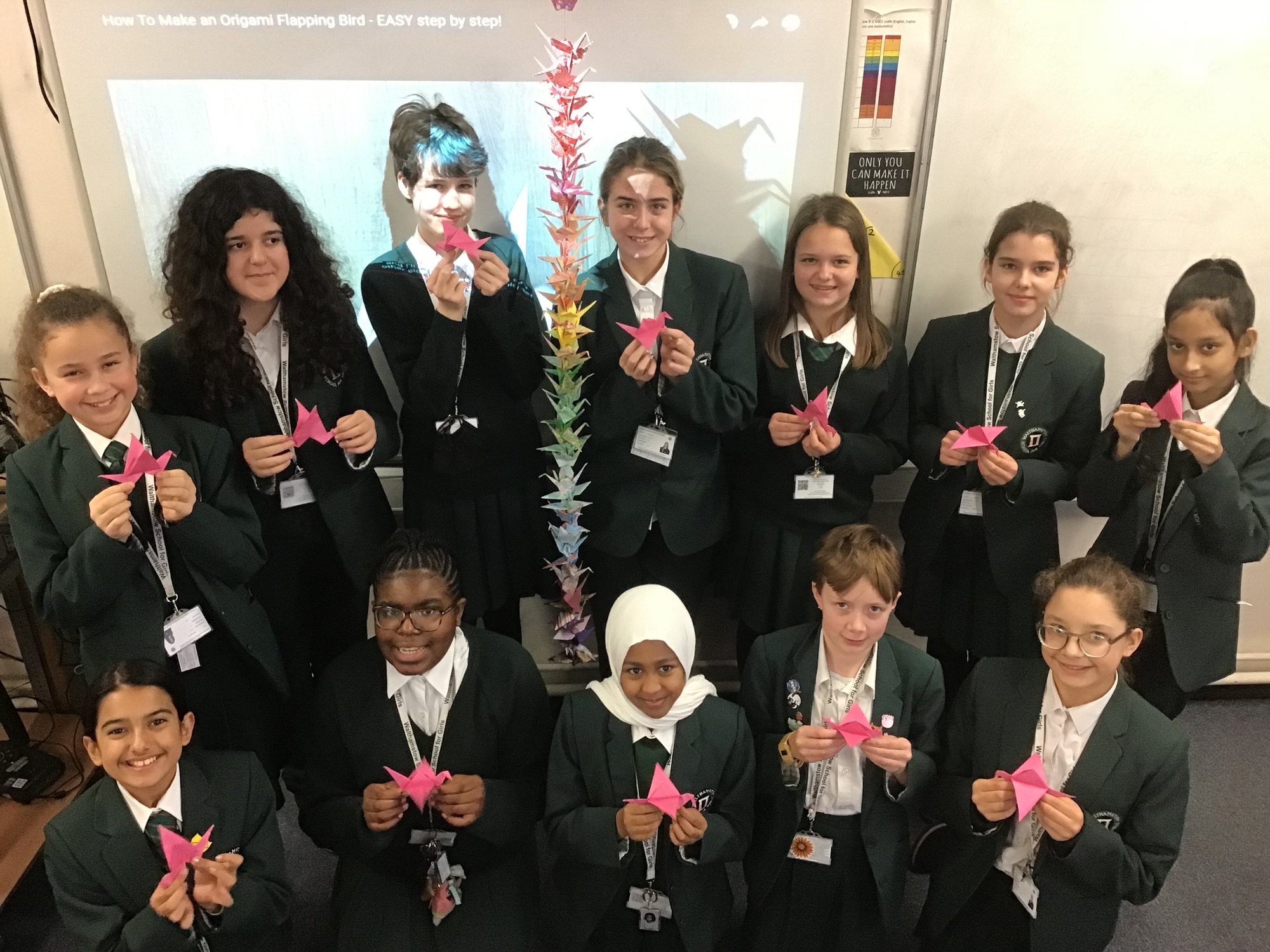 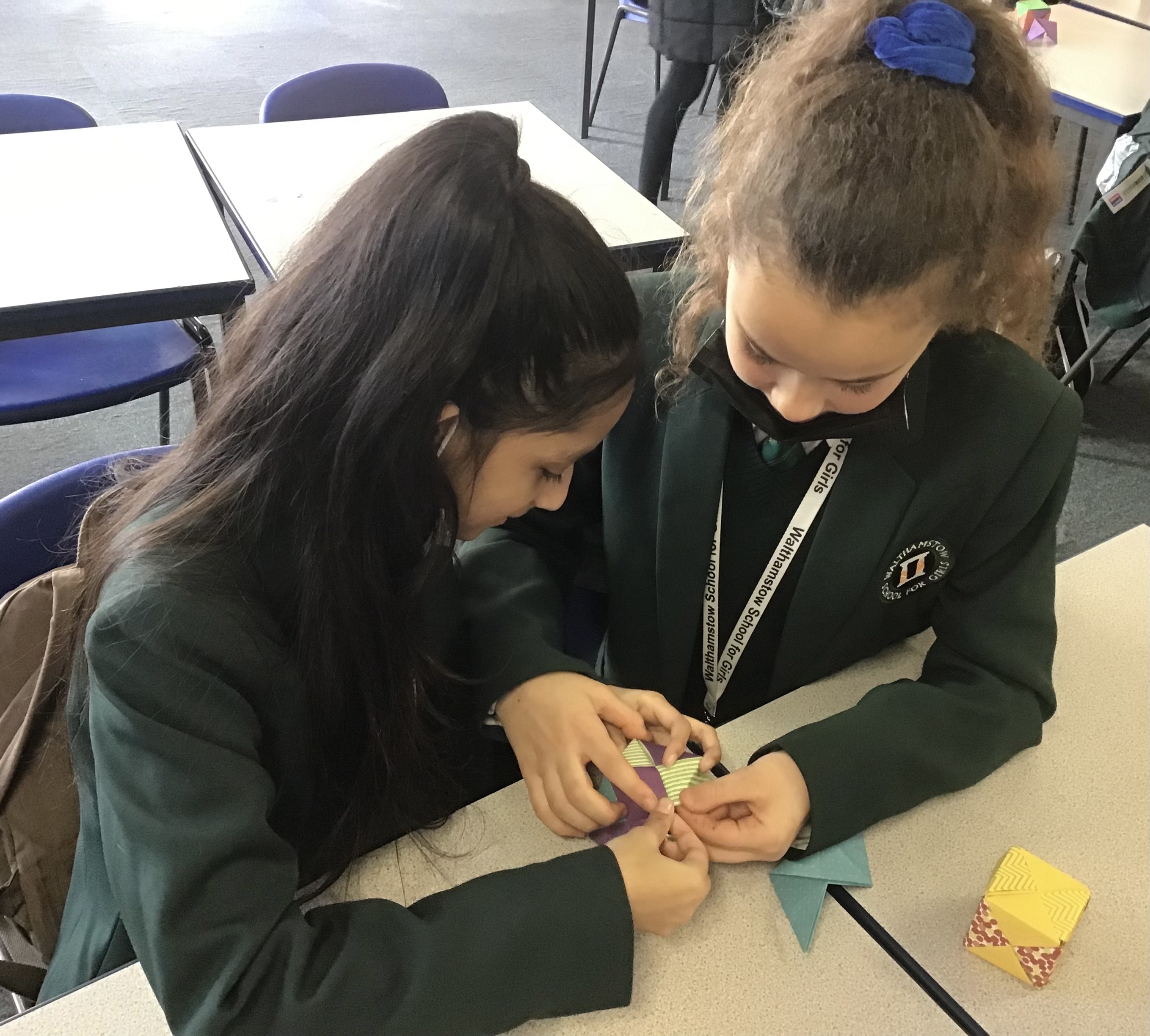 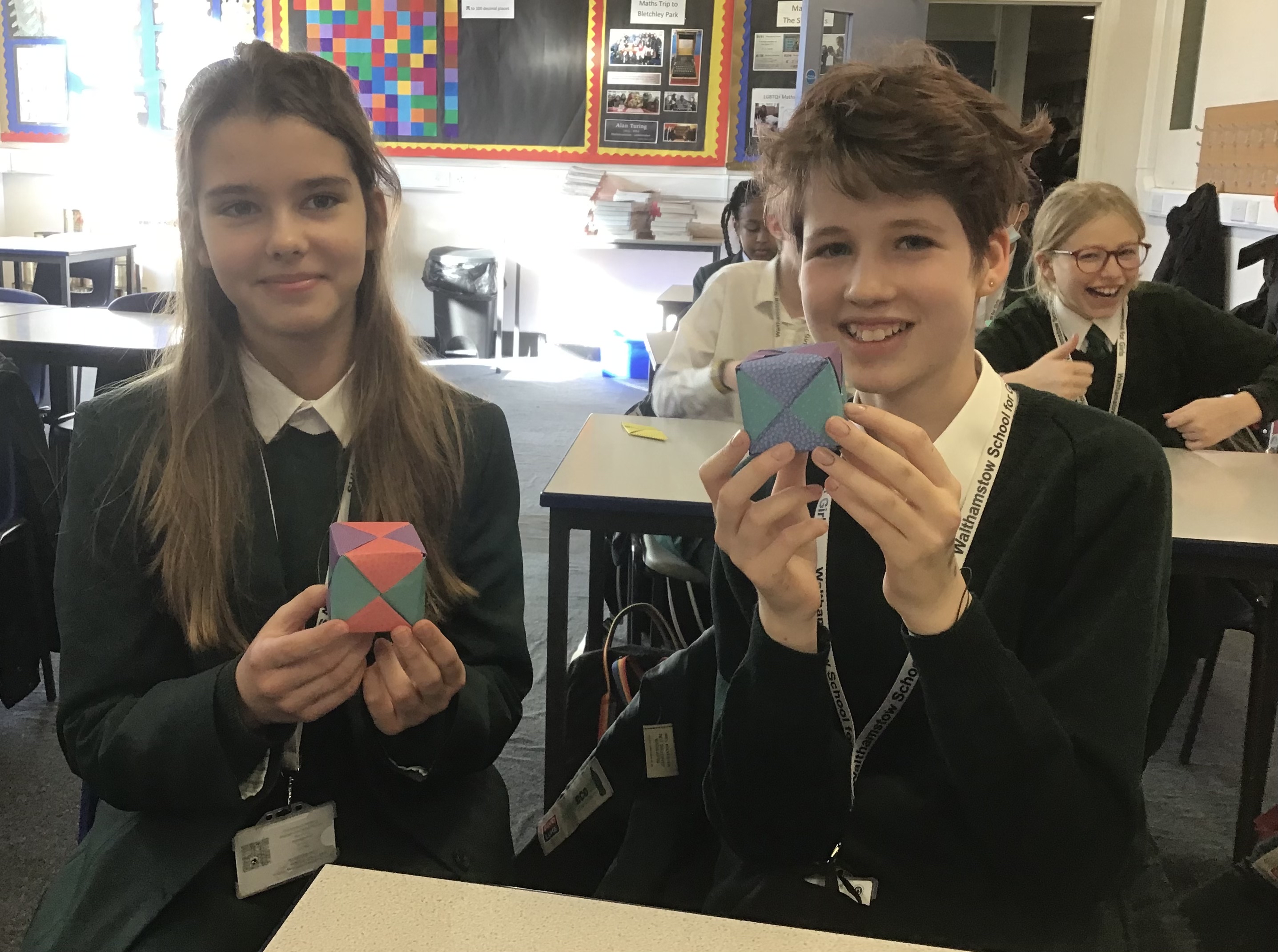 Students in Year 7 are currently learning how to play the game during maths lessons. Year 8 will follow suit in November, having missed out last year due to the pandemic. Here is some feedback from 7B/Ma3

Karibuni! (Welcome everyone in Kiswahili)

I have enjoyed playing Oware because it is a great experience to learn about different cultures in maths lessons. I haven’t won any games yet but I know that if I persevere and practise I will master the game and improve my skills. The game involves winning seeds. You need a strategy in order to win or you can easily be tricked!

Oware is an African board game played in many parts of Africa. It's not as hard as you would have thought it to be, and when you get the hang of it then it becomes a joy to play whether it's on computer or not. The board is made up of six recesses on each side, and in those recesses are four small white beans. The winner must have 25  beans; however, if you end up getting twenty-six don't worry as it still counts as a win! Hopefully ,yourself and others will enjoy it as much as I did and take more interest in it as you play it for a longer amount of time. I believe it is a great way to celebrate Black History Month as everyone is involved and even if you lose it doesn't matter seeing as you can always learn from your mistakes.

Oware in an African board game that is played in a lot of different countries. We are playing it in maths to celebrate Black History Month. It’s a lot of fun to play. In other countries it is called Mancala, Awale and Bao. The game can be played anywhere, even on the beach, by making holes in the sand and using pebbles. I highly recommend the game. So far I have won one game and with practice, hope to win more. It was one of my best maths lessons! 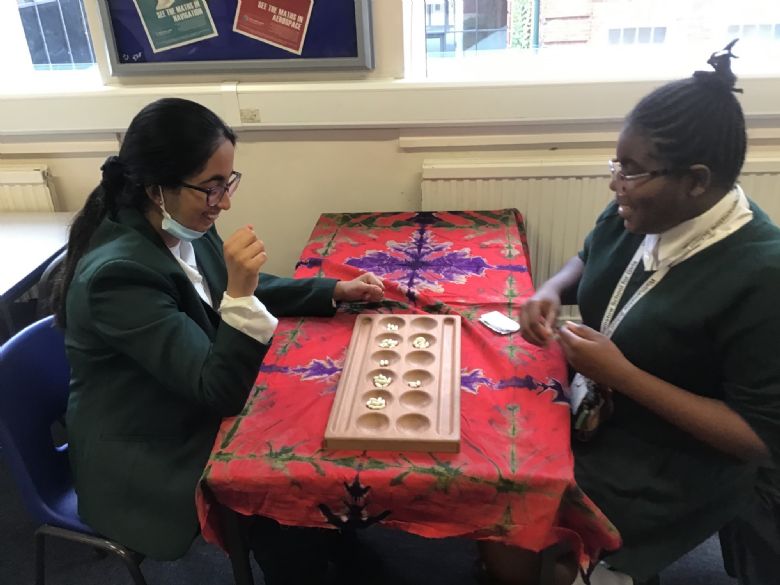 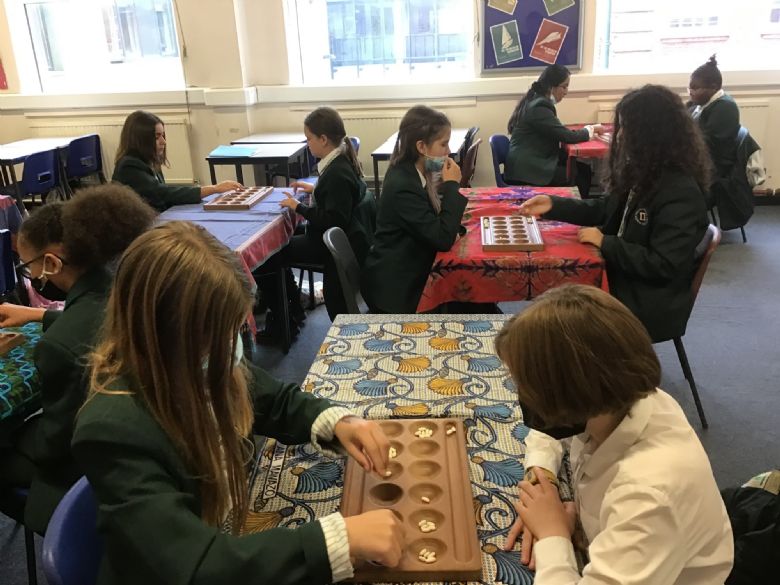 Congratulations to Ayat in Year 8 who was a runner-up in the Maths and Art competition run by Maths and Careers. Her creative artwork combined the never-ending number Pi with the artist Picasso. Her work and other entries can be seen here: 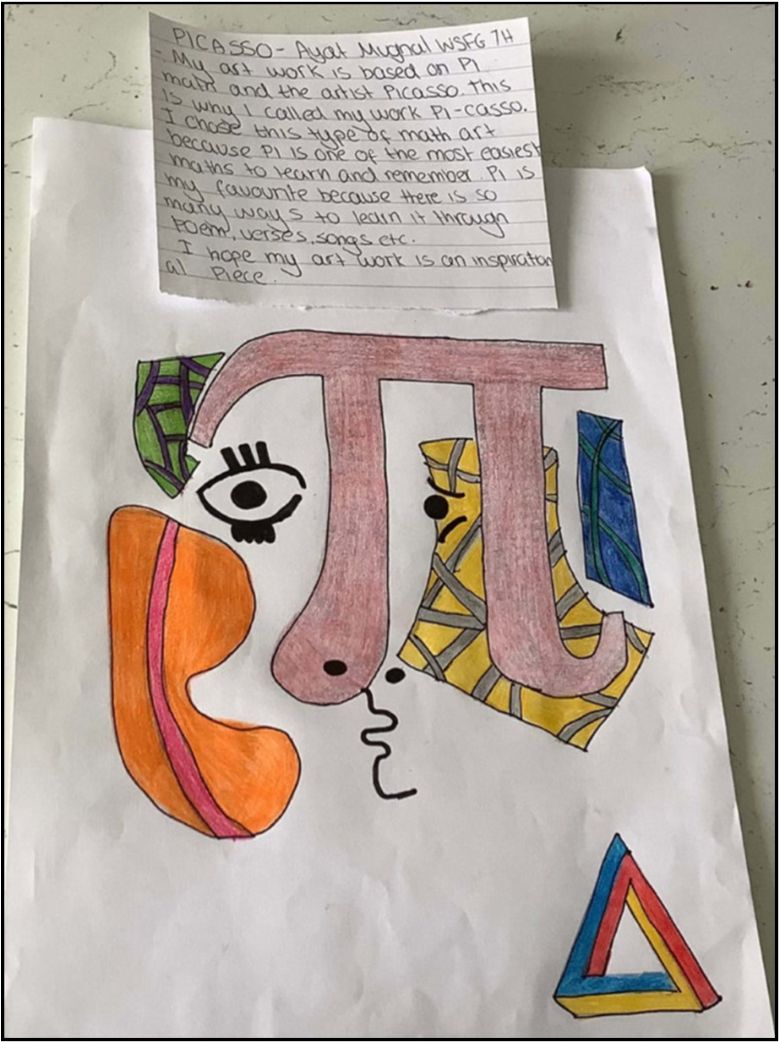 Ayat has won a gift voucher.

Some of our Year 7 and 8 classes took part in our in-house Junior Maths Challenge; a multiple-choice competition that encourages mathematical reasoning, precision of thought, and fluency in basic mathematical techniques to solve puzzles.

Well done to everyone who took part; we had many bronze, silver and gold certificate winners. 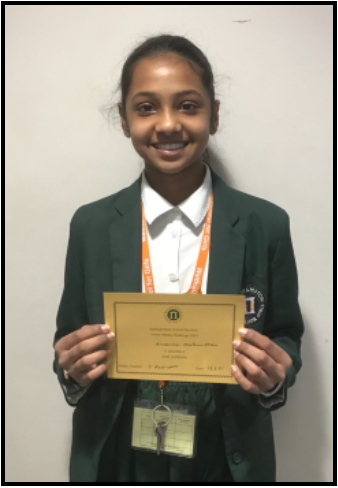 A big "congratulations" goes to Anokshe in 8S and Isla in 7C, who were the best in their respective year groups!

Why not challenge yourself at home using past Junior Maths Challenge papers, solutions to which can be found on the UKMT website.

Until next year, happy puzzle solving!

The Magic of Numbers

Recommended TED Talk
The Magic of Numbers : Why everyone should love Maths by Bobby Seagull

In Bobby’s truly inspiring Ted Talk, he comments on the subject that most people don’t like maths and that they just say they don’t have a ‘maths brain’. However, he explains that maths so much more intriguing and exciting than it might look at first glance. He talks about how when he was little he first got hooked into maths by comparing football cards to create an approximate analysis of who is more skilled and how it inspired him to learn more about maths. He goes on to further explain how confidence is a big part in maths too as he showed us that 50% of adults don’t know how to work out a 5% increase of £9, even with a calculator and how they just need to persevere and challenge themselves to achieve great things in the maths field. He concludes the Ted Talk by saying that there is maths in everything, we just have to look for it and he ends with the motivational line:  ‘We are all mathematicians’.

Here is the inspiring talk if you have not watched it yet.

We are please to be able to offer the latest model of scientific calculator FX-83GT X at cost price.

Year 7 have been learning how to play the African game, Oware, in their maths lessons for Black History Month.

The game has a few simple rules, but takes a lifetime to master!

Students can carry on at home, playing against a computer, by downloading it here. 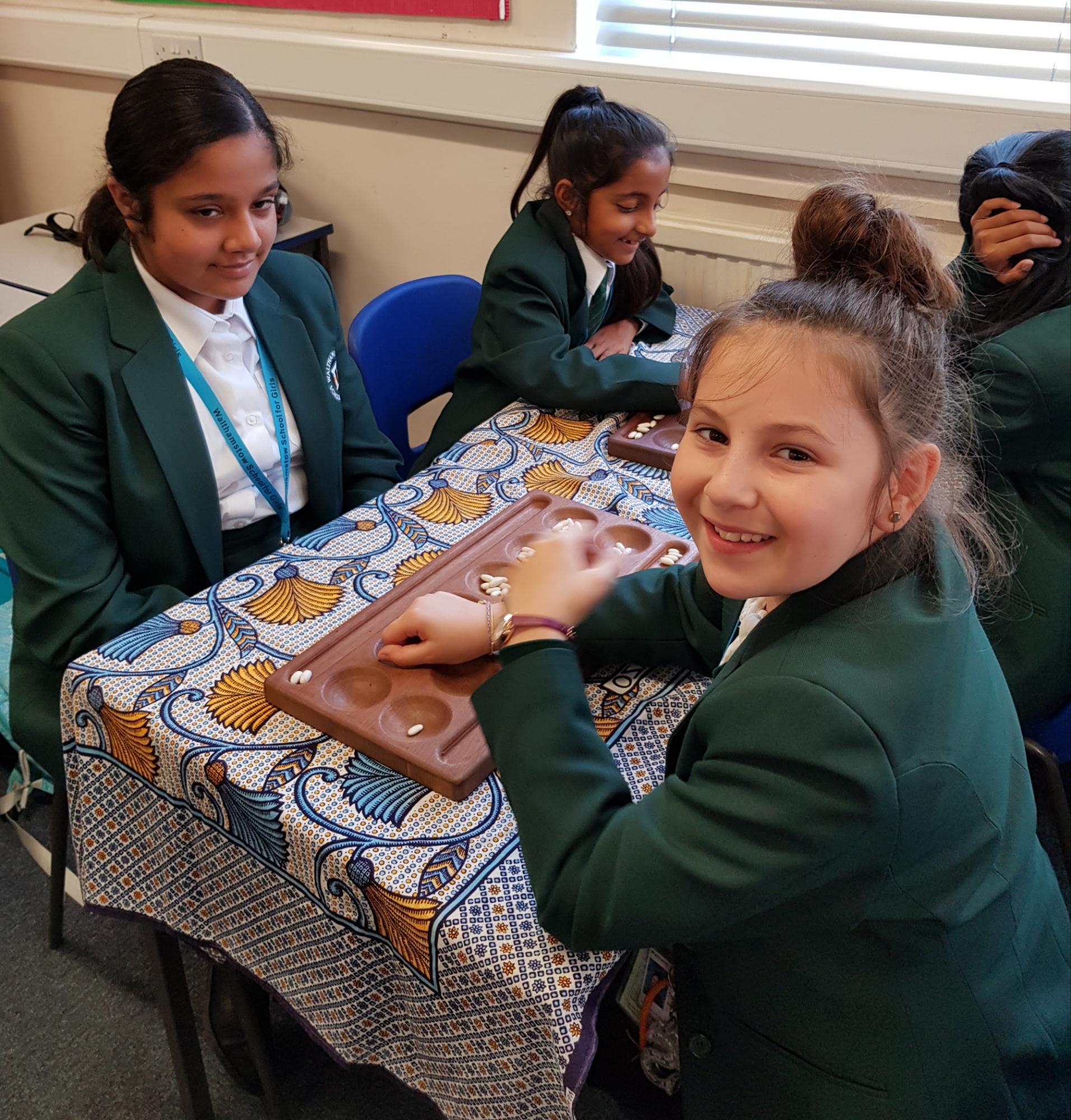 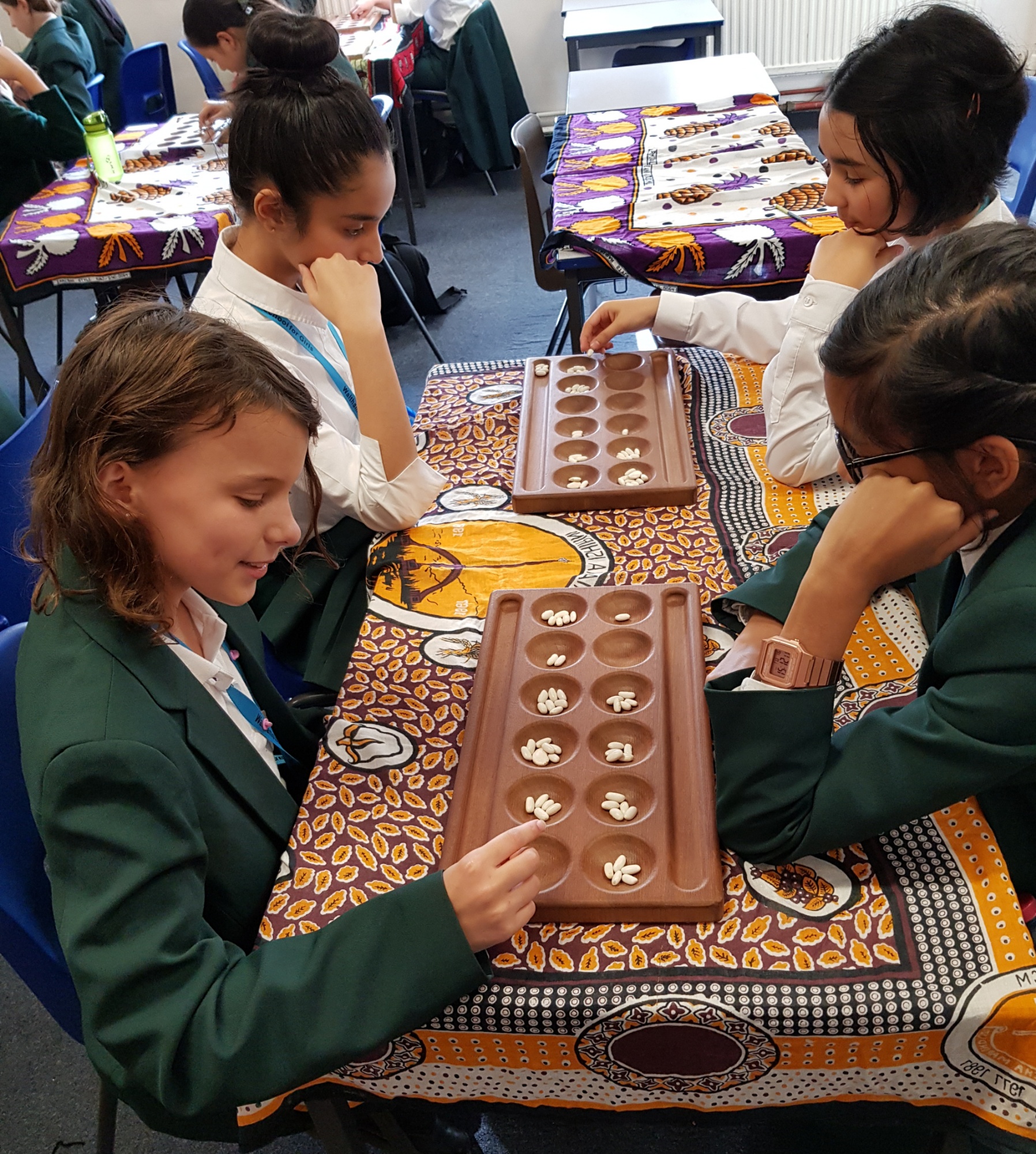 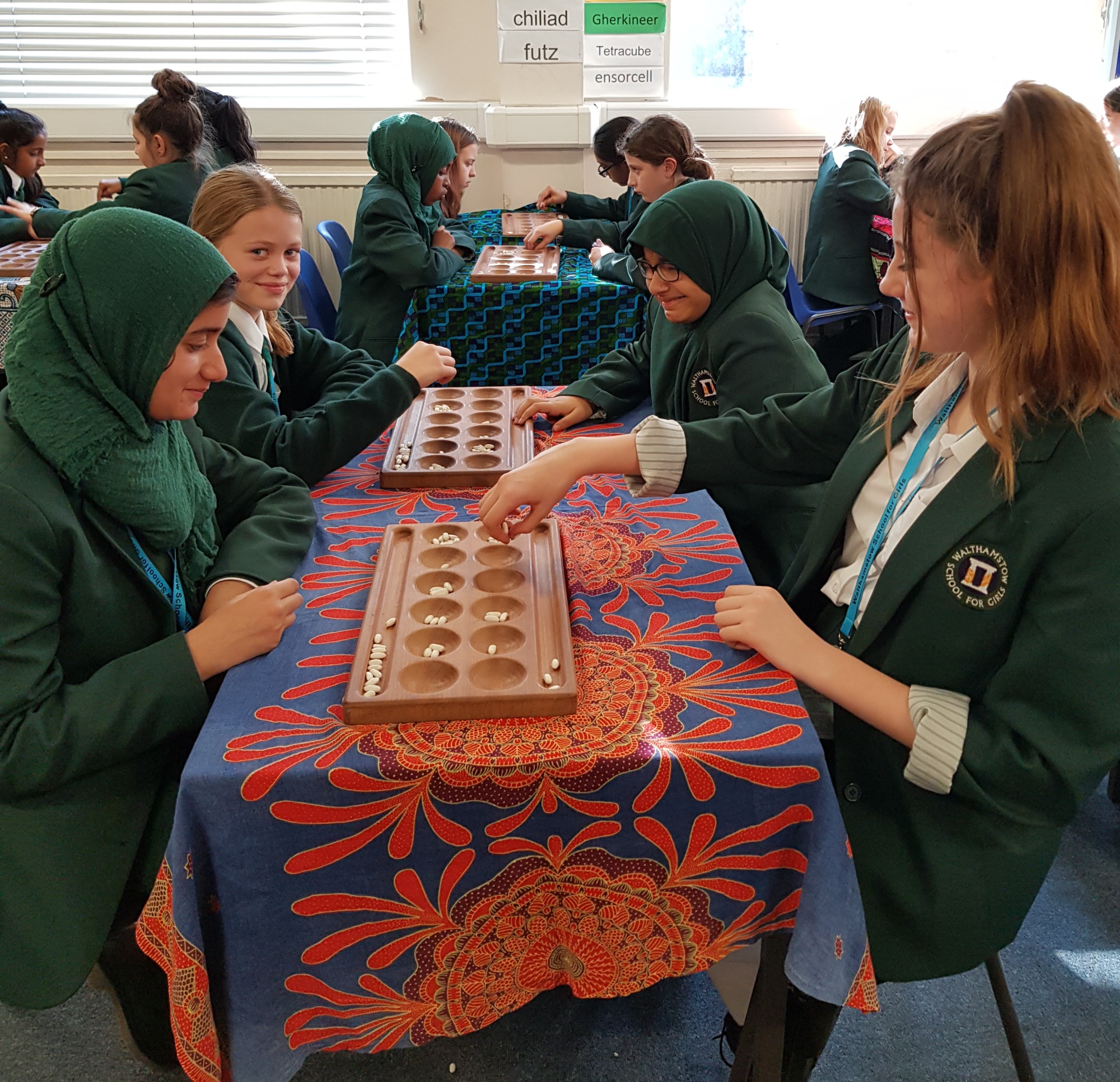