Debating in the City 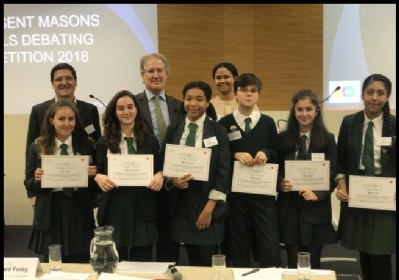 Last week, seven Year 10 students were given the opportunity to spend the day at a prestigious international law firm in the City called Pinsent Masons. We took part in a debate arguing against the motion that tighter regulations of drones should be enforced.   Two lawyers from Pinsent Masons and one person from Tesco (Pinsent Mason's client) came into our school ahead of the event and led a debating workshop, giving us tips on how best to prepare for the debate.

As a debating team we were assigned roles: two of us opened the debate (Leila and Izzy), two questioned the opposition team (V and I), and one person closed our argument (Shanai).  We also had two members of our team who researched the motion (Imaan and Tulin).  Our debate was against another London school called Valentines High School.  It was a really tough debate but we won our round!

We were the first to debate so once we'd finished, we watched the debates of other students representing their schools in London and learned various techniques and approaches to their debating motions, such as: ‘Single use plastic should be banned’ and ‘Humans should fear artificial intelligence’.

Ms Jean-Baptiste and Mr Streader accompanied and supported us.   As part of the visit we were also given a tour of the building itself. Together we found this experience to be a real eye-opener, exposing us to the work life of lawyers which was interesting.  As a result of this trip many of us are considering taking up a career in law. It was an amazing and enriching experience and if given the chance to partake in a debate again we would accept whole-heartedly. 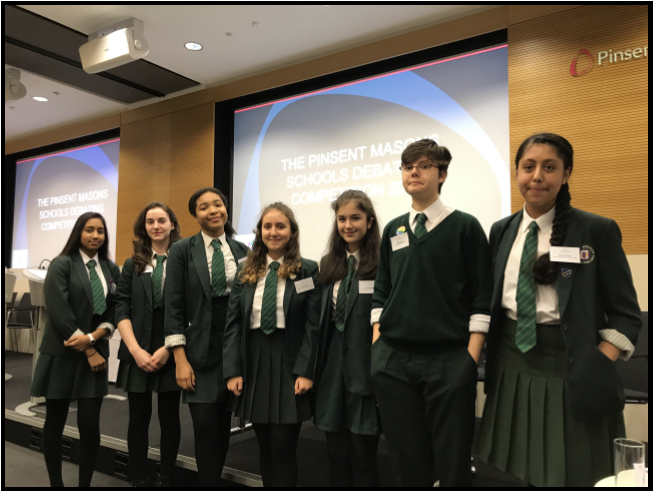