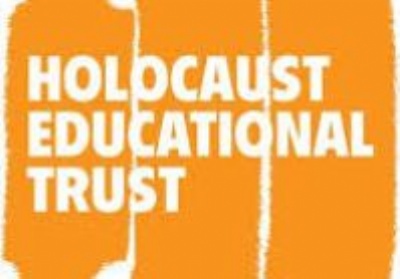 The Holocaust Educational Trust provides teachers from a range of schools and subjects with the chance to visit Poland and number of sites related to the Holocaust. The course included a day of discussion and preparation in Birmingham, a day visit to Poland and a final day of reflection. 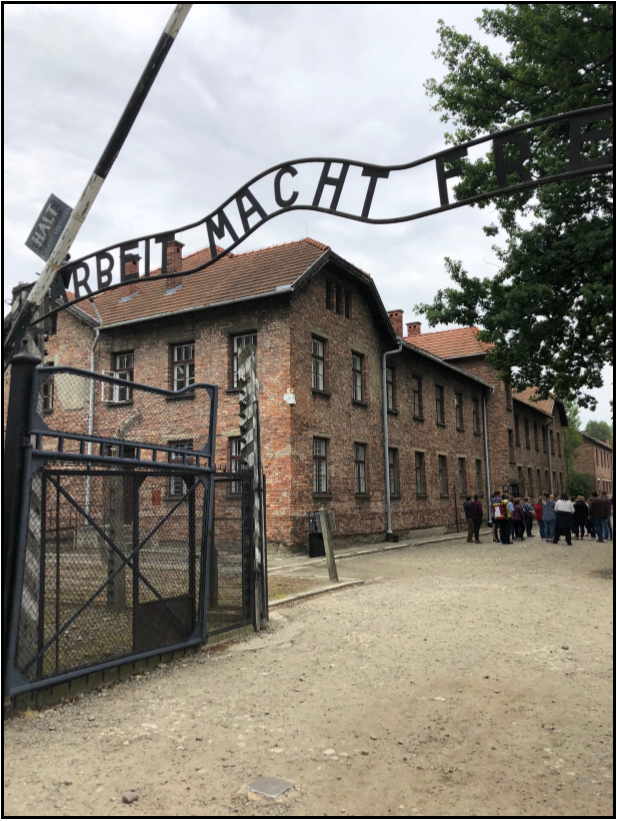 The preparation day was an opportunity to meet other teachers and discuss ideas around the significance of the Holocaust in education and its continued relevance and significance in the world today. Mr Morrow and I completed a few activities using the Holocaust Educational Trust’s resources and reflected on how these might be effectively used when introducing this sensitive and emotive topic to students. This was followed by an account from Eva Clarke, a Holocaust survivor who was born at Mauthausen Concentration Camp in April 1945. Eva told the incredible story of her mother’s fight to survive; a story that was both shocking in the details of the horrific hardship Anna Bergman faced, and the unbelievable endurance she showed in fighting to survive. Eva spoke brilliantly and the tale she told was truly harrowing and yet, ultimately, a touching and moving story of humanity’s ability to endure the greatest atrocities.

Then came the day to visit Poland. The flight left Birmingham in the early hours of the morning as there were three areas to visit in a very busy day. The first point was Oświęcim a small town in Poland, close to Aushwitz. The town itself was eerily quiet, very few non-visitors were seen. It must be strange for the locals to live in this place that has become so infamous – that is visited for people to reflect upon the worst aspects of human history.  Unsurprisingly, the Jewish community is non-existent in Oświęcim.   All that is left is a synagogue, which has been converted into a museum. Here we sat and reflected upon what it must have been like to live here as a Jewish person – at one point a recognised (if maybe never fully embraced) part of the local town, only to later become mocked, abused and, most likely, sent to their death. 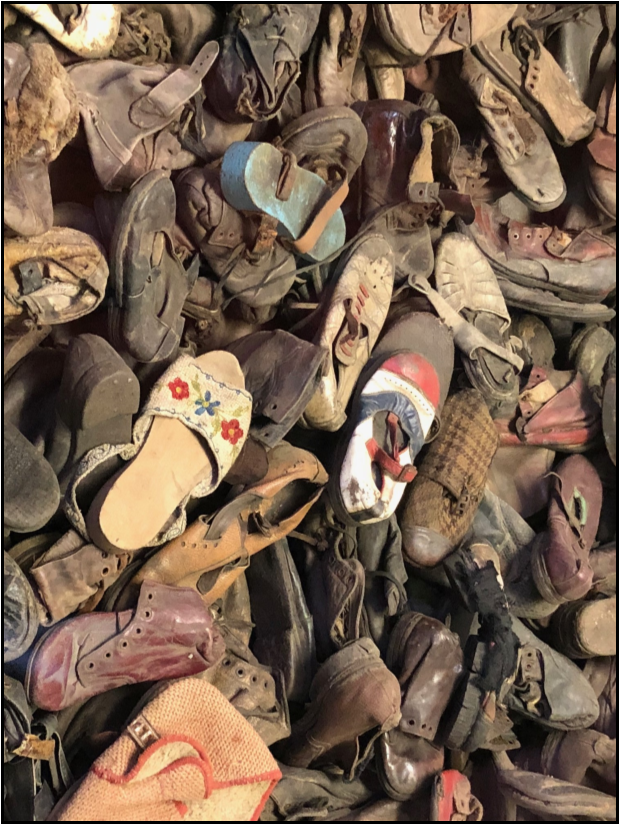 The second area we visited was Auschwitz 1, with its foreboding entrance declaring that ‘Arbeit Macht Frei’ ("Work sets you free"). Visiting the site was a deeply surreal and unnerving experience. The extent to which the site has been maintained gives the area an unnatural quality. Auschwitz 1 feels like a ghost town or a film set (perhaps because the area is so familiar from photos and documentaries). It certainly does not give the impression of a place of great evil but the atmosphere is heavy with its dark past. We were given a guided tour and were told many of the facts about how the Jews were treated, as well as the Polish experience of being occupied and compelled to carry out the NAZI vision. The points raised by the guide really helped to highlight the complexities of differentiating between persecutors, bystanders and resisters. While outside Auschwitz appeared almost like a residential area, inside the buildings there were almost museum-like installations about the horrors that took place during the Holocaust. This included relics from the Jewish people that had arrived at the camp – Jewish crockery, eye-glasses, shoes and suitcases. Other buildings included photos, pictures and stories. 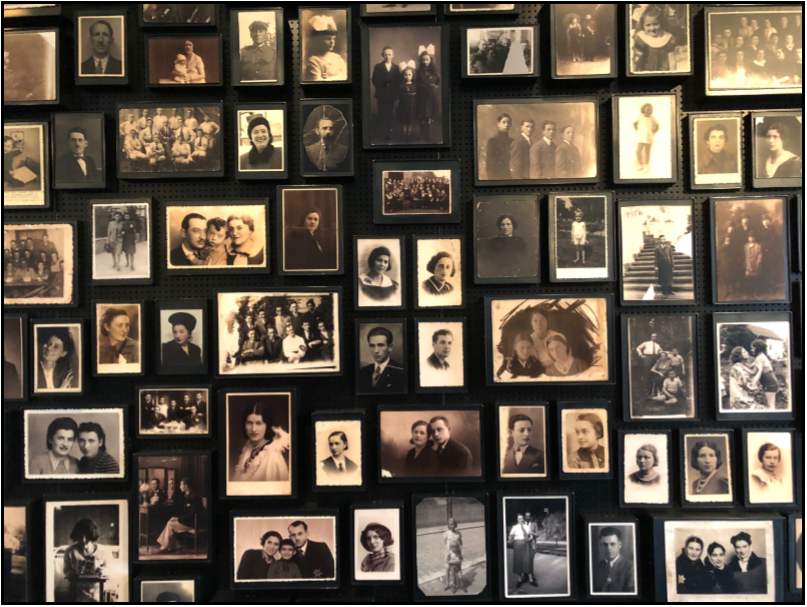 One of the most affecting pieces was the Book of Names, located in Block 27. This simple concept effectively illustrated the incomprehensibly vast number of Jewish victims during the Holocaust. The book is huge – perhaps the height of a child, with enough pages to cover maybe 15 feet. On each page, written in a small typeface, are the names of the victims, their date of birth, where they were from and the location of where they were killed. To open to any page is overwhelming in its list of victims, the endless names. To think that this book is page after page (tens of thousands of pages) of the names of those slaughtered in genocide,  creates an impact that one will never forget. 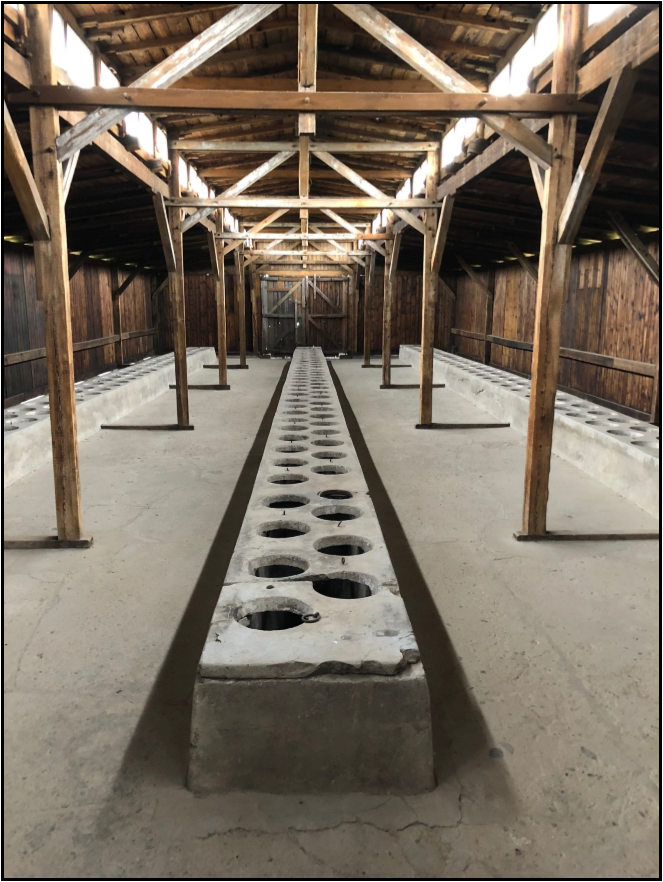 From there, we reached the last site of the day, Auschwitz 2-Birkenau. While Auschwitz 1 was a concentration camp where the Jews were worked to death, Aushwitz 2 was constructed as an extermination camp – a place where the NAZIs aimed to implement their Final Solution. This site was far more like a ruin – the NAZIs had attempted to destroy the area to hide their abominable crimes. The site was also plundered by local people, desperate to rebuild their homes and their lives after the occupation.  However, there was still plenty to see.

The train track that led right through the front gate raised  questions about complicity again (could the train drivers have declined? what would have been the consequence for those that did refuse?  Would it have made any difference?).  We saw the lodgings where the captives slept and lived. These large sheds were cramped, uncomfortable and  unhygienic, emphasising the elimination of the Jewish people’s dignity before their physical  elimination. We also saw the gas chambers and the ovens where the bodies were burned. This really drove home the idea of the execution of the Holocaust as a well-oiled machine. This was a factory of death, created to be ruthlessly,  mercilessly efficient. It created both a discomforting and numbing sensation,  unlike anything else.

We then began to roam the site. It was strange to see people taking selfies by the train carriage – unclear whether this was a way to immortalise and remember this visit or whether this was the desensitised nature of humanity and an expression of dark tourism at its most crass. As we walked further away from the cabins and the ovens, we moved more and more towards woodlands and nature. As the sun began to set, with the horrors literally behind us, the scene became oddly serene and beautiful, it was almost possible to forget where we were. We gathered back together by some concrete steps for the closing remarks of the day. The Rabbi, who had accompanied us throughout our day, gave an impassioned and energetic speech. A message about the power to overcome, the importance of never forgetting and to always be mindful of current and potential dangers. Most importantly, he reminded us that it was important to take stock and learn lessons from the day, to use our understanding of all the wrong that was experienced here to make things better. It was an incredibly uplifting sentiment to close an extremely bleak day. After the speech it was time to return to the coaches and go home.

The day was exhausting – physically, mentally and emotionally. It is odd to describe the experience in positive terms but the day did feel worthwhile, invaluable even. As the events of the Holocaust move further into history and further away from us, it becomes increasingly difficult for people to keep its lessons in mind. However, the visits to Auschwitz, organised by the Holocaust Educational Trust, help to assure that the tragic legacy stays in our collective memories so that, hopefully, humanity can begin to escape the repetition of prejudice and violent persecution of others. There is no denying that we still need to heed the important message of the Holocaust of ‘never again’. It is this message that we took away with us and that we will try our utmost to impress onto our students when it is their turn to learn about and reflect upon this awful moment in history.

Holocaust Memorial Day is marked each year on 27th January, the anniversary of the liberation of Auschwitz-Birkenau. The theme for 2019 is Torn from Home.