Genetic Counselling, Chemistry in Space and much more!

We began Science week with one of our  ex-students, Leanne Barrett, who kindly agreed to come in and speak to Year 10 about genetic counselling, in which she is currently completing a Master Degree. 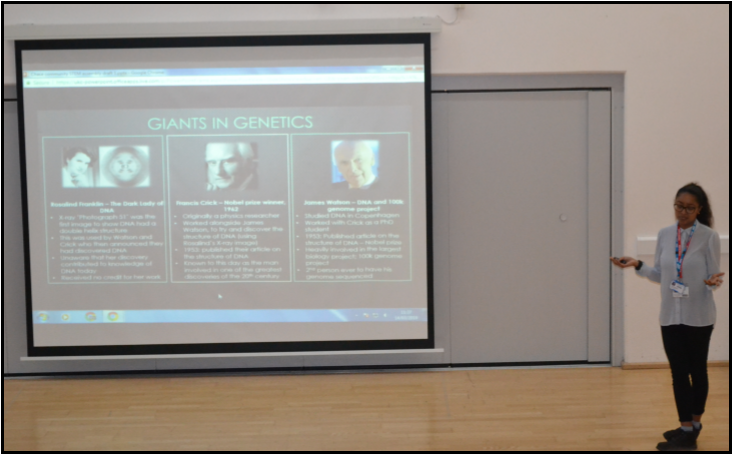 Leanne  began by talking about the pioneers of  genetics, taking time to pay particular homage to Rosalind Franklin whose famous image of DNA was used by Watson and Crick to identify its shape and won them the Nobel prize. Franklin received no  recognition for her pioneering work, which has been an ongoing  controversy to this day.  Leanne spent time outlining the ethical dilemmas linked to genetic counselling as it is her role to advise people on possible genetic outcomes, having already trained in a pregnancy unit and currently working in a cancer unit. She outlined some examples of the difficult conversations she has had with patients, outlining possible genetic conditions that may arise and affect them or their future children. 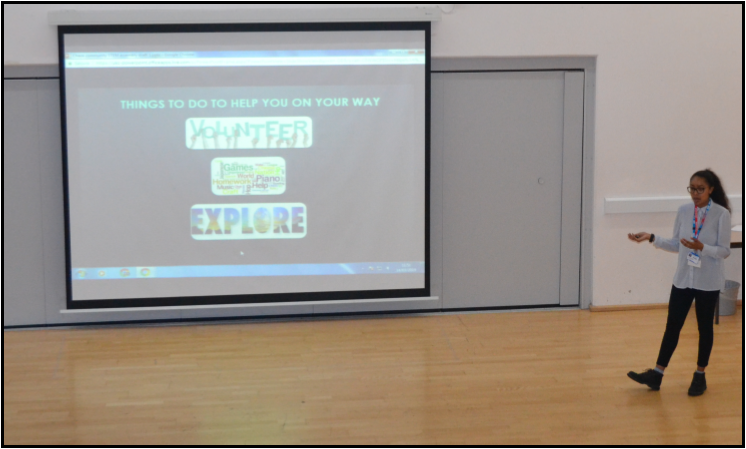 Leanne then went on to tell the students her own story of how she got to where she is. It was particularly inspiring to hear how her route into her profession was not as straightforward as she would have hoped, and the important things she had learned on her journey.  Leanne spent time emphasising the importance of having  outside interests, such as extracurricular clubs or volunteering work, as it is important that students have more to say about themselves than just their exam results, and can show how they stand out and are different from everyone else.

The Year 10 girls finished by asking Leanne a lot of questions ranging from what colour was her lanyard to how she coped herself with delivering difficult news to people. A big thank you from us to Leanne for an inspiring talk on her journey into genetics. 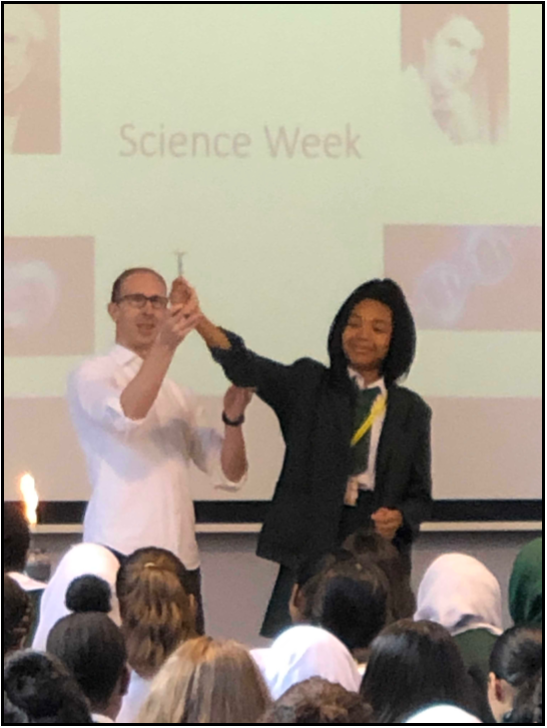 This week I have been leading the Leadership assemblies and, with the help of Ms Barham shown all of our girls some of the more exciting experiments that exist in Science. As we approach the examinations, I am keen that our students do not lose the spark which  Science is about and remember its core purpose: asking why things happen in nature and then exploring to find the answers.

Our assembly began with setting cellulose nitrate on fire. This chemical was found by accident (as has often been the case in Science). It is a highly flammable chemical with a low flash point and burns quickly with a big flame, much to the students’ joy!

Ms Barham then demonstrated the test for Hydrogen.  This involved bubbling the pure Hydrogen gas in washing up liquid.  Then putting a lit splint to it. The girls are used to a squeaky pop, but in this case had to cover their ears for what sounds like a gun going off. 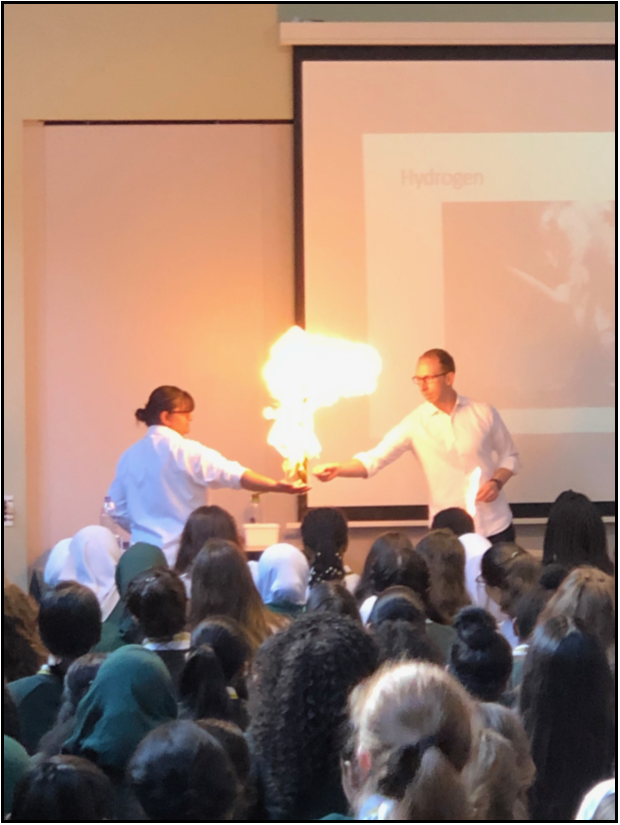 For our next demonstration, I got to set Ms Barham on fire! Here propane was bubbled into washing up liquid with a little glycerol added to make the bubbles stronger.  With propane being so highly flammable, the bubbles are placed on Ms Barham’s hand and make a large flame as the propane quickly combusts using up all of the fuel.

Our final demonstration was catalysing the decomposition of hydrogen peroxide using iodide ions. This speeds up the breakdown of the peroxide to water and oxygen. This is famously known as the ‘elephant toothpaste Reaction’. It produces a highly energetic reaction with a lot of foam and gas that vigorously spits out of its container, much to the students’ entertainment. At this point I must apologise to Ms Atchia as I practised this in her room on Tuesday and got the compositions a little wrong: this resulted in her ceiling tiles getting a little stained as the mixture exploded onto them. Sorry Ms Atchia!

Some Year 8 and 9 classes were lucky enough to have a short workshop with Mr Mobbs from the National Space Academy who leads workshops on Chemistry and Physics, particularly linked to space. Mr Mobbs is passionate about space and has met many astronauts and spent some time with our students outlining many of their stories. 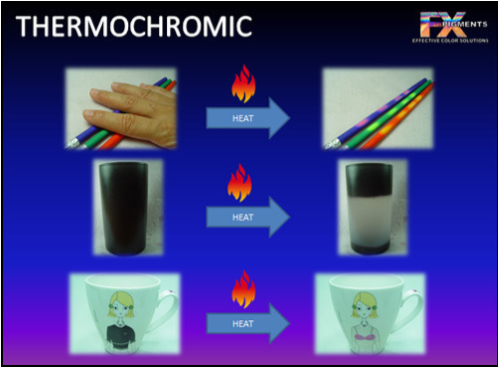 The girls particularly enjoyed looking at the varied space artefacts Mr Mobbs brought along with him, including part of a satellite that had orbited the Earth, rocks from the moon and Mars, as well as a variety of odd space food, both tinned and dehydrated, which we all agreed did not seem too appealing.

Mr Mobbs spent time talking about the difficulties of going to space, outlining that it cost £50,000 to send a 1kg bag of sugar to space, giving an appreciation of just how expensive it is to send people and satellites into space.

It was also fascinating to examine how water acted in space, gathering together in large globules, very different to properties observed on Earth of how liquids act. It turns out it is actually very dangerous to cry in space as you could literally drown in your own tears!

Science, and ultimately that we have been able to inspire more girls to seriously consider a career in Science and keep asking the big questions.