Mathé, the Pop Up Café 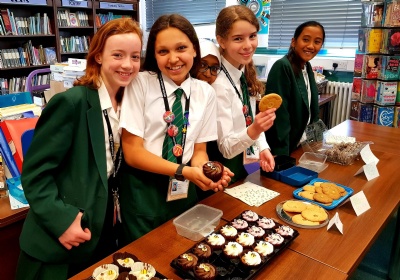 Bee Talk and Art Exhibition enjoyed by all 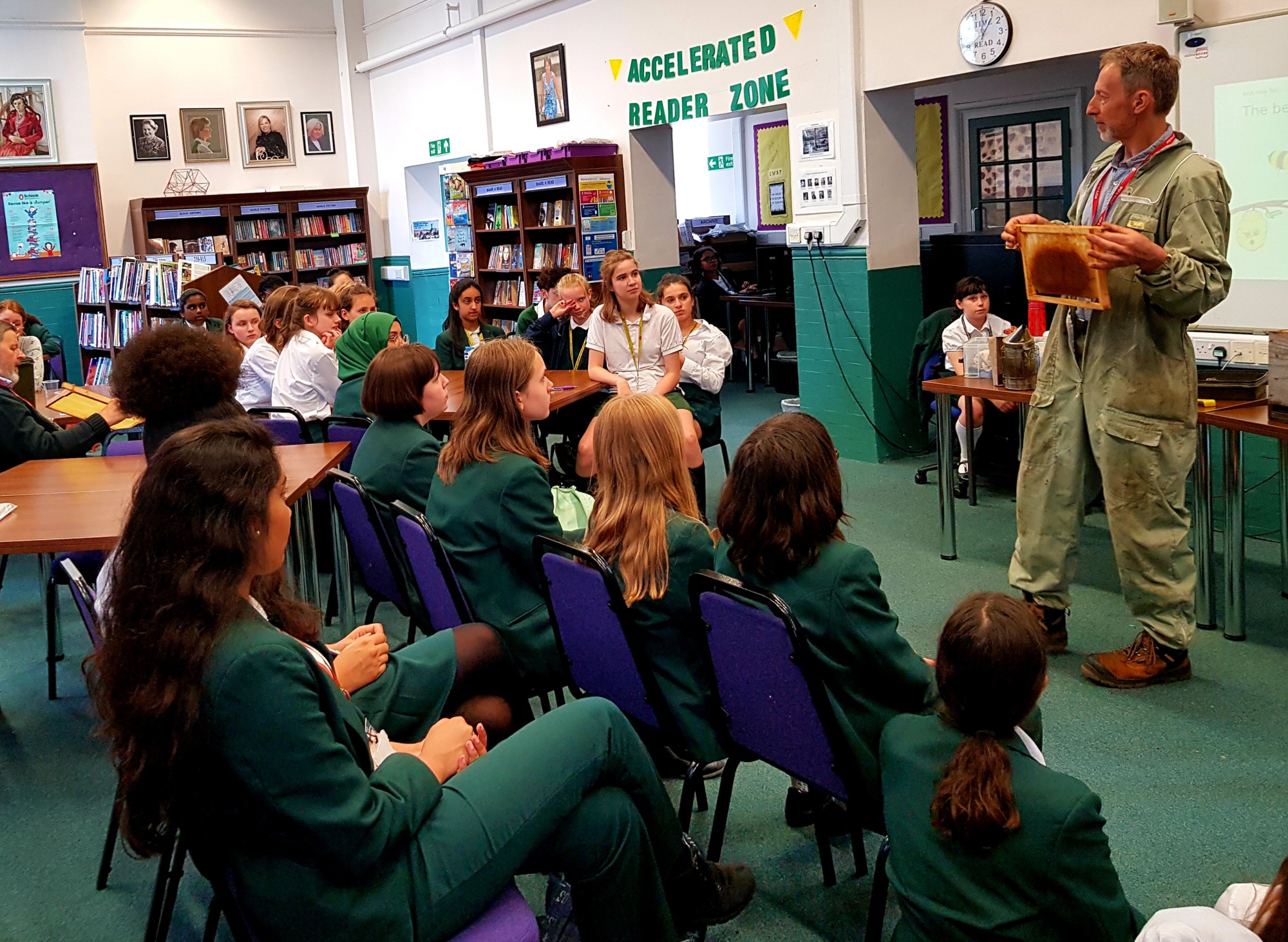 The Year 7 Pop Up Café popped up twice last term, firstly during a lunchtime with a Bee theme and secondly at the Year 11 Art Exhibition.

The new Year 7 Committee has worked hard to organize the events and a proportion of the money raised will be donated to a charity to help save bees. Here is some feedback from the students who were involved:

I have the privilege of being on the Committee, which we also call The Honey Bunch!

My role is Head of Marketing, which meant that my job was to spread news about the café in our school community. On the actual day of the Bee Talk, we sold vegan brownies which were a real hit. The vegan option was added following feedback from a previous opening.

A huge thank you to everyone who made cakes. Also, thank you to Eric, the Beeman. The most interesting thing that we learnt was that the driving force of a hive are the female worker bees!

My role is Charity Manager. I came up with the idea of giving a proportion of the profits to a Bee Charity, together with my friend Romy.  The most fascinating thing for me is the way that maths and bees are related. The Fibonacci numbers actually appear when you study the family tree of a drone!

I have heard lots of feedback from people who came to our opening for the Bee Talk. They all enjoyed the talk and the cakes.

My role is Catering Manager. My responsibility was to encourage others to make and bring in cakes to sell. Most of the cakes were donated by Year 7, although we did have a Year 9 who very kindly donated too.

The cake sale went very well and I learnt a lot at the talk. Humans are killing off pollinating insects as we are destroying wildflower meadows, which is their natural habitat.

I am the Artistic Director and designed the poster and the thank you card for Eric. I was introduced to him at the beginning and helped him to carry his props. I enjoyed every single bit of the experience and I am learning a lot by being on the Committee.

I was the Head of Advertising. My job was to inform people in the school about what was going on. I also made some biscuits using a recipe from my grandmother who is Dutch. They looked ordinary but people were surprised when they tried them due to their crumbly texture and zesty flavour.

I sold cupcakes at the Pop Up Café. The Bee Talk was very interesting and informative. Bees are very important for the environment and it is sad that they could die out if we keep destroying their homes. So, everyone – don’t destroy nature!

Although not part of the committee, I still got the opportunity to be involved as I made cakes! Many varieties sold out quickly. I would love to help with this again. 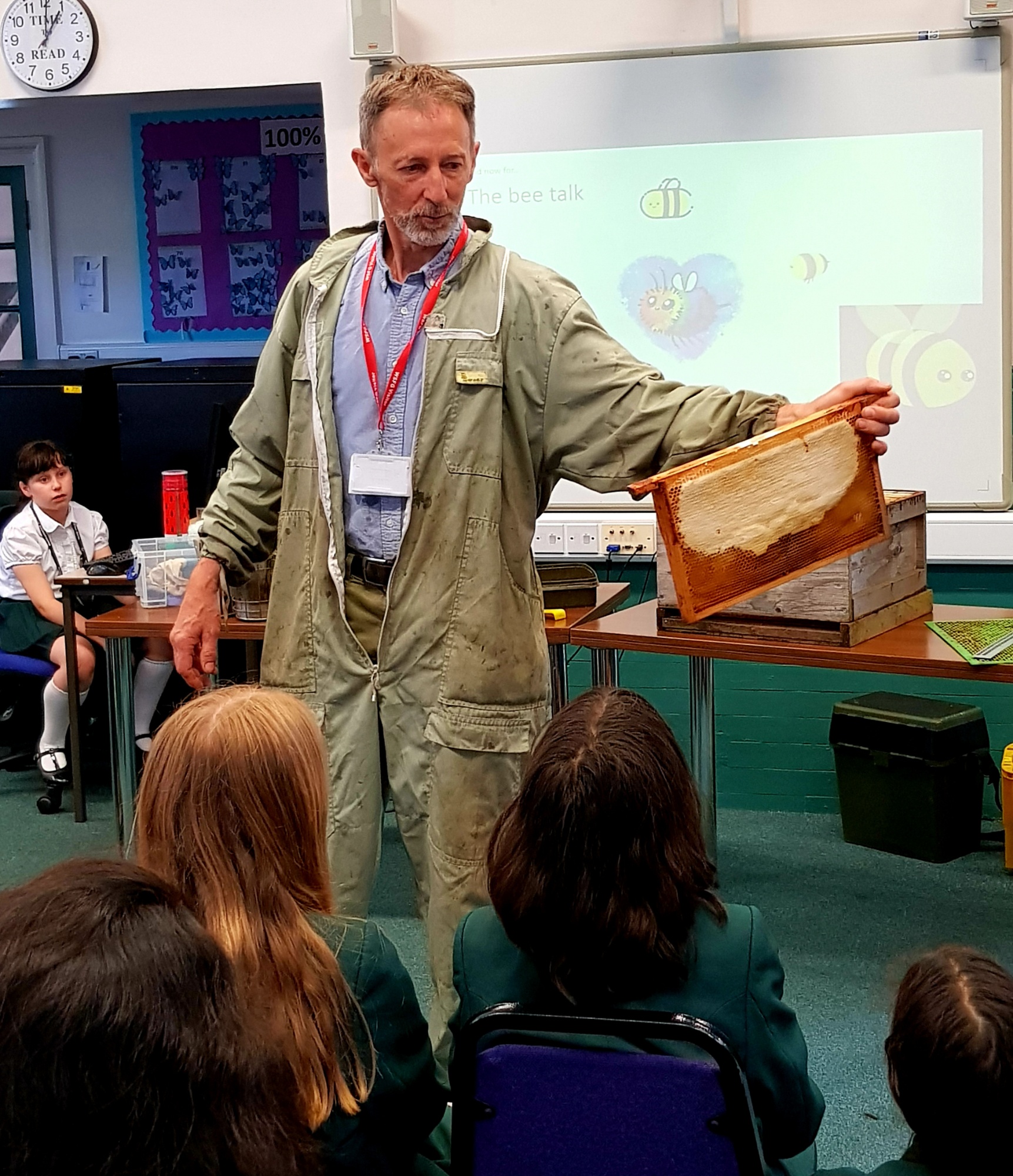 I was one of the first people to meet the Bee Man and I helped him carry all of his equipment and props. I also spoke to him about bee charities. We are still researching which is the best charity for us to support.

The next Pop Up is likely to be in September as part of the GREEN celebration. 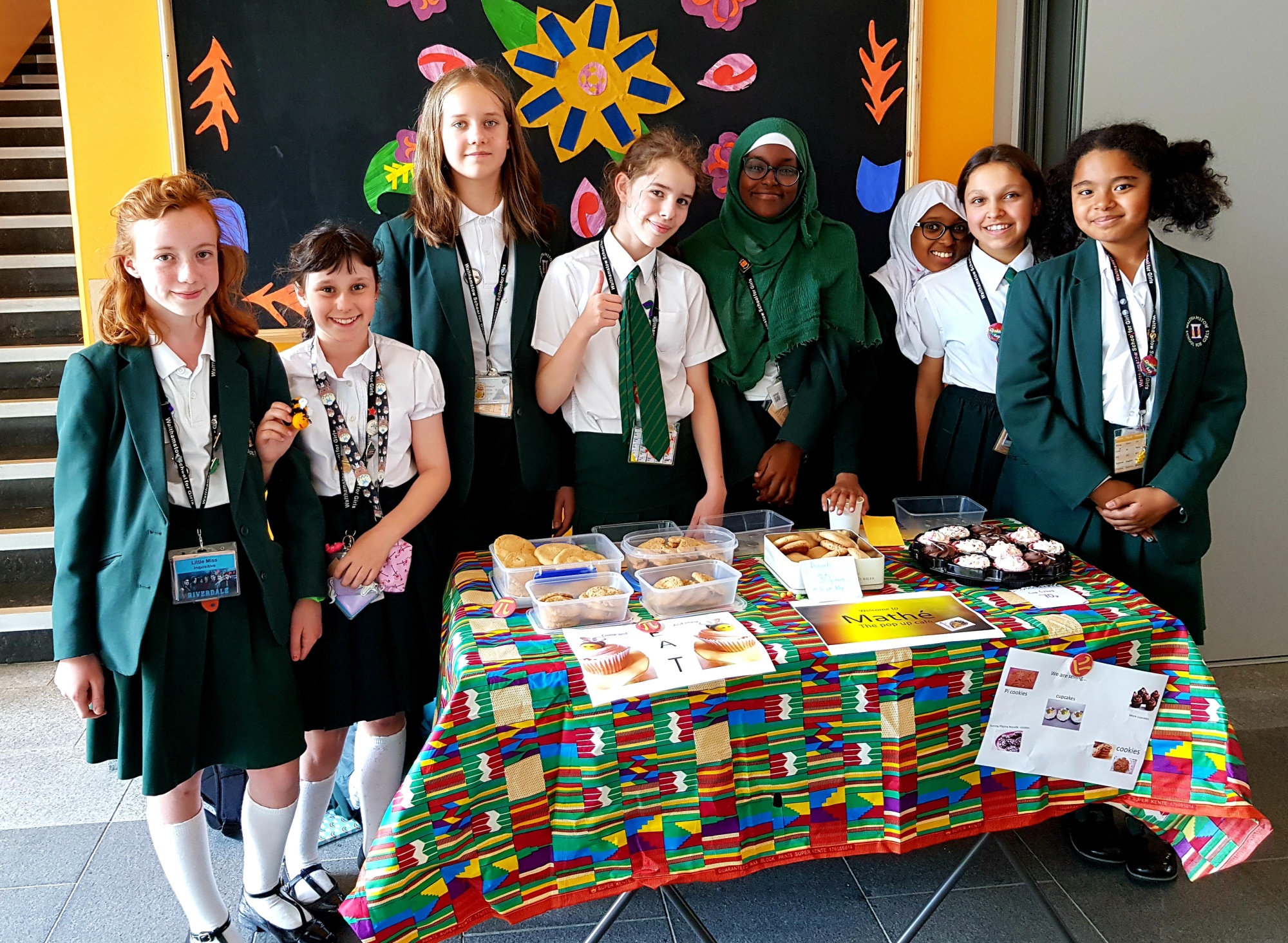