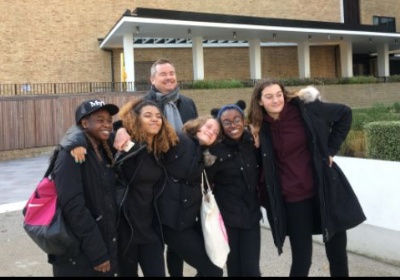 Earlier this week, five students, accompanied by Ms Bradshaw and Mrs Winter, went to the Television Centre at Wood Lane to appear on This Morning.

The students are part of the Waltham Forest Youth Choir which has recorded the song,  Stay Another Day.

Stay Another Day was written by Tony for his brother who committed suicide. 25 per cent of the proceeds generated from all sales of the single will be donated to Campaign Against Living Miserably (CALM), the charity leading a movement against suicide.

Listen to the single and watch the video here